The technology eases the strain of labor, scientists say 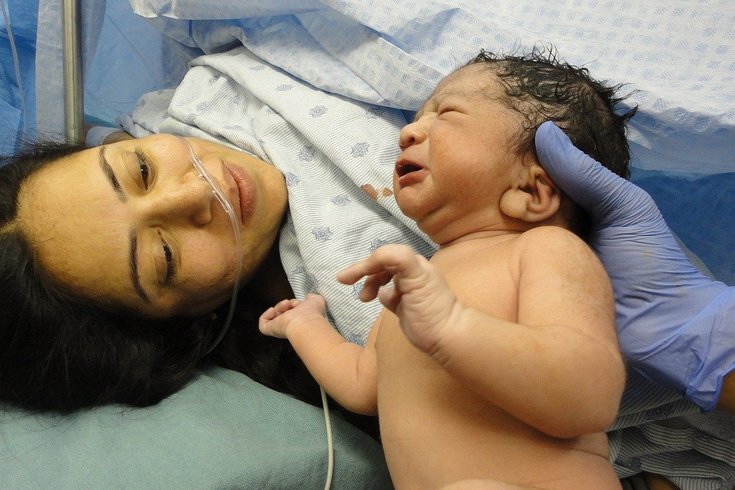 Virtual reality technology is being used in labor and delivery to help reduce the pain of childbirth.

Childbirth is called labor for obvious reasons. Though the end result is rewarding, the hours-long process is grueling and painful.

But using a virtual reality device can reduce the amount of pain a woman feels during labor, according to new research presented Friday at the Society for Maternal-Fetal Medicine's annual meeting in Grapevine, Texas.

Many pregnant women struggle to decide whether to take pain medication during labor. For those who would rather skip the epidural, virtual reality devices offer immersive experiences that may help take the edge off, allowing them to push through the pain.

VR can influence the way users process pain by engaging the visual cortex and other senses, according to researchers from Cedars-Sinai Medical Center in Los Angeles.

Health systems – including those in the Philadelphia area – already are using VR effectively in a variety of ways. Penn Medicine has used it to benefit cancer patients. Temple University Hospital is using VR headsets to  help burn victims in physical therapy. And Cooper University Hospital just launched a new VR system designed to aid stroke victims.

"However, using VR to help ease labor pain is one of the least looked at applications, " Dr. Melissa Wong, a maternal-fetal medicine sub-specialist at Cedars-Sinai, said in a statement. "I think there is a tremendous opportunity to offer VR as another safe and effective option — and one that is medication-free ― to help ease a woman’s pain during childbirth.”

During the study, researchers divided 40 women into two randomized groups, neither of which received pain medication during labor. Both groups included women who reported having moderate pain while their contractions were occurring at least five minutes apart.

One group received up to 30 minutes of VR. The other did not receive any intervention.

Cedars-Sinai Medical Center has been at the forefront of the use of VR technology for pain relief management. In 2016, Erin Martucci, a pregnant patient became the first to use VR for pain management during labor.

"I used the apparatus for probably about two hours, but I felt like it was only like a half hour," Martucci said at the time. "During that time, my doctor came over to take the apparatus off me, and he's like, 'You're ready! You're going to push your baby out! And within less than a minute, I delivered my baby."

The study was published in the American Journal of Obstetrics & Gynecology.