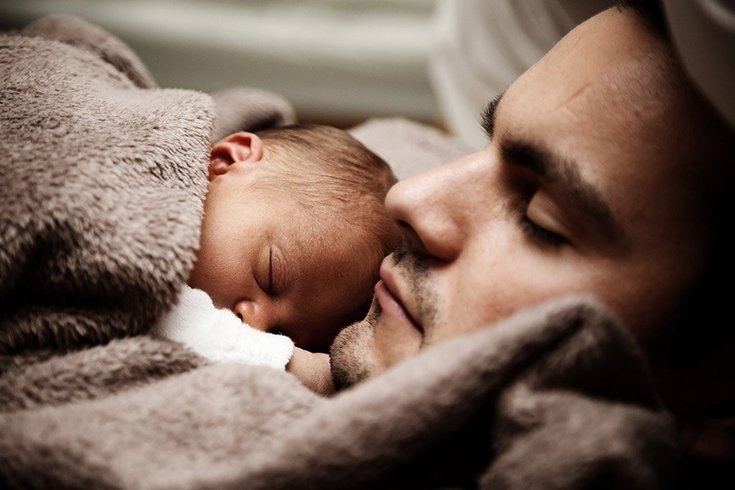 Babies' sleep habits are often varied, making it difficult for parents to know whether their infants are sleeping as they should.

Parents – especially new parents – can get a little nervous when something seems a little off. A first-of-its-kind study published in Sleep Medicine sought to define normal infant sleep parameters so parents can know when to seek advice from healthcare providers.

Researchers found children's sleeping patterns stabilize with age, usually around 3 to 6 months. Babies 12 months and younger generally have 40-minute sleep cycles, compared to 90-minute sleep cycles seen in adults. As the cycle begins to stabilize, babies begin to sleep less during the day and more throughout the night. 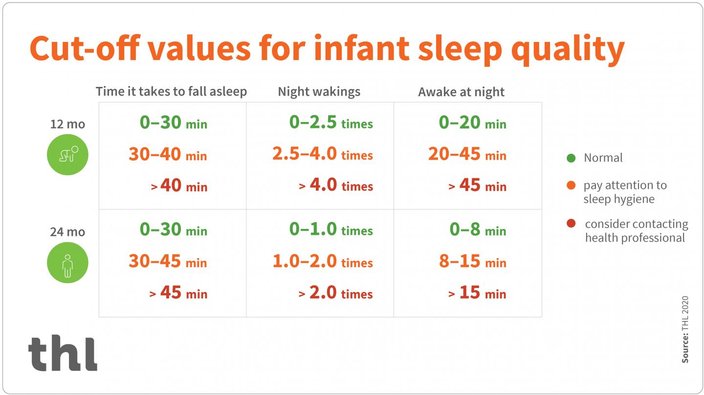 Source/Finnish Institute for Health and Welfare

Babies can wake up as much as 2.5 times per night until their first birthday, researchers found. But if a child is waking up more than 4 times, this could be a cause of concern. After 12 months, babies generally sleep through the night. Researchers recommend any child older than 12 months who wakes up twice a night be seen by a healthcare provider.

It's normal for a baby under one to stay awake for up to 20 minutes after waking up during the middle of the night, the study found. By the time the baby turns two, that awake period dwindles to less than eight minutes.

The study was conducted by researchers at the Finnish Institute for Health and Welfare. They based their findings on data pulled from two Finnish infant sleep cohort studies. The studies examined more than 5,700 babies, ages 3 to 24 months.