Museum of the American Revolution enhances its free virtual tour

The online experience offers 360-degree views of the galleries 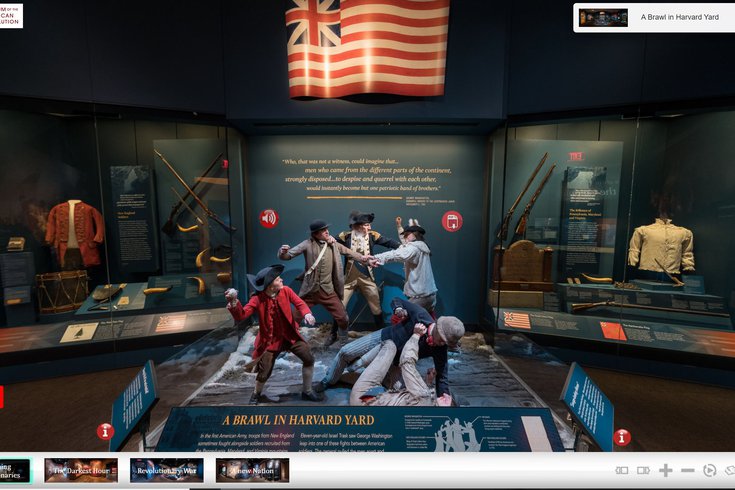 Museum of the American Revolution has launched an enhanced virtual tour ahead of International Museum Day. With the free virtual tour, viewers can explore the museum's galleries and enjoy 360-degree views.

In Philly, those interested in celebrating International Museum Day on Monday, May 18, can't visit the city's many wonderful museums in person due to the coronavirus pandemic.

Virtual tours exist, though, and the Museum of the American Revolution in Old City has updated its online experience ahead of the holiday.

With the free virtual tour, viewers can explore the museum's galleries and enjoy 360-degree views. It offers an up-close look at some of the museum's Revolutionary-era artifacts, including a signed 1773 volume of poems by America's first published Black female poet and a British military musket used during the opening battles of the Revolutionary War.

According to the museum, the tour is organized around four questions:

You can check out the virtual tour on the Museum of the American Revolution's website.