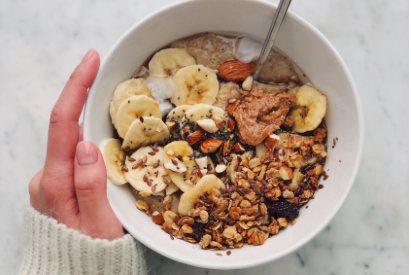 Penn State University researcher Barbara Rolls developed the Volumetrics diet to encourage consumption of foods that contain fewer and healthier calories. The diet aims to promote fullness with healthy meals rather than restriction.

A weight loss diet created by a nutritionist at Penn State University has been ranked one of the best to follow in 2020 for those looking to shed pounds.

U.S. News & World Report released its annual rankings this week, identifying the best diets for a variety of nutritional goals, from healthy eating to weight loss and commercial programs.

Tied for second in the category of weight loss plans is Barbara Rolls' Volumetrics diet, which advocates consuming less calorically dense meals that still succeed in producing the feeling of satiety, or fullness. The diet has appeared in the rankings every year since 2011.

Rolls, a professor of nutrition at Penn State, developed the diet after observing that people tend to eat a similar weight or volume of food at meals. The difference this has on weight comes down to the calorie and nutritional content of those meals.

“With the plan, I aim for people to find a healthy eating pattern that they can enjoy and therefore keep doing,” Rolls told Penn State News. “It focuses on thinking positively about what you can eat rather than restricting, because that’s not sustainable. When you enjoy your diet, that’s going to help you not only be healthier but to also aid in weight management.”

Rolls' early research found that when people start a meal with a bowl of broth-based soup, for example, they consume fewer calories and feel just as full as those who skip the first course.

“If people are eating a consistent weight of food, then the calories in each ounce or bite are going to make a big difference,” Rolls said. “We’ve done other studies that show you can reduce the density of calories in food by 25 to 30 percent without compromising taste, by tweaking the ingredients.”

Volumetrics was tied with the vegan diet in the weight-loss category, behind only Weight Watchers. It ranked 5th among overall diets, tied for 6th among diabetes diets, and tied again for 6th among healthy eating diets.