Philadelphia Building & Construction Trades Council hosts its first event Saturday at City Hall, where people can register to vote and drop off ballots 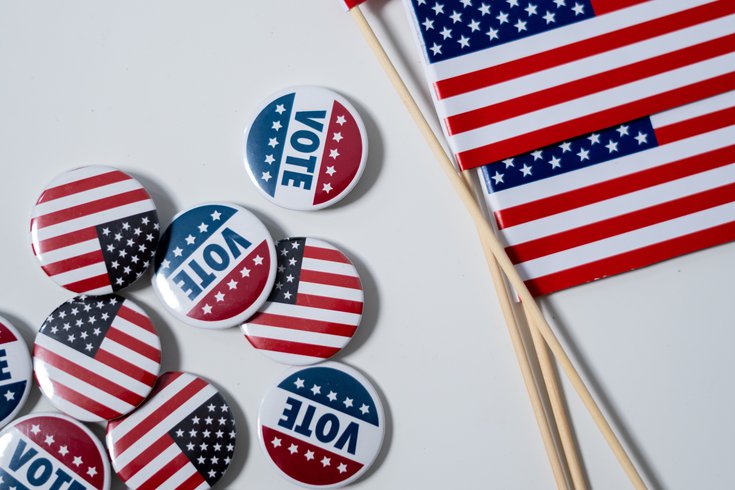 UPDATED OCT. 14: The get-out-the-vote campaign organized by the Philadelphia Building & Construction Trades Council has additional Vote Today in PA events taking place at satellite polling places throughout the city in the coming weeks.

Vote Today in PA is a nonpartisan outreach effort encouraging people to register to vote in the 2020 presidential election and providing information about early voting and voting in-person on Election Day.

The first Vote Today in PA event was held Oct. 10 at Philadelphia City Hall. Below are six similar events the building trades council has scheduled in Philly between Oct. 15 and Nov. 2. For more information about the Vote Today in PA continue reading after the list.

The campaign includes a series of events coordinated by IATSE Local 8 at the city's satellite polling places, with the first taking place Saturday at City Hall.

The event will run from 10 a.m. to 1 p.m., inviting Building Trades' members and the general public to come and register to vote if they still need to. There will be music and guest speakers, and anyone already registered can turn in their mail-in ballots at the Vote Today in PA event, as well.

One of the key talking points at the event will be about Pennsylvania's adoption of Act 77, which aims to improve the state's elections and make voting easier and more accessible for all its citizens.

The Building Trades is planning as many as 18 get-out-the-vote events across the city through Election Day. Details will be provided on the Vote Today in PA website, along with voting resources.

"This is the most important election of our lifetime, with Pennsylvania quite possibly deciding the outcome," said John J. Dougherty, business manager for the Philadelphia Building Trades Council. "The Philadelphia Building Trades' members are always involved in the political process, but this year we feel an obligation to ensure that as many people as possible exercise their right to vote."

Early voting locations, made possible by Act 77, have provided a unique opportunity for the Building Trades to expand on their traditional Election Day get-out-the-vote operations.

Satellite locations aim to get people to the election booth early and safely during the COVID-19 crisis.

For more information on voting in Pennsylvania, check out PhillyVoice's comprehensive guide. There's one for voting in New Jersey, too.