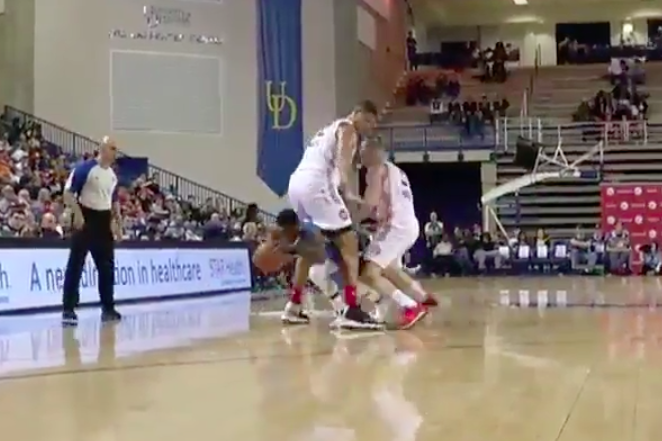 There are plenty of ways for a basketball player to shake a defender, but you won't see this very often - if ever. A Philadelphia 76ers D-League player scooted his entire body and the ball between the legs of an opponent.

In the second quarter of a game against the Raptors 905, the 5-foot-9 guard found himself trapped between two defenders. While that might have posed some problems for a less-creative player, Robinson quickly found an opening in 7-foot-2 Edy Tavares' positioning. Robinson ducked and dribbled through Tavares' legs on his way to the basket only to get fouled by another Raptors player.

The sequence was worth only one point on the scoreboard as Robinson converted one of his two free throws, but earned him some style points. Robinson finished the game with three points in 17 minutes of play.

Earlier this month, Robinson joined the Sixers in an attempt to make a comeback to the NBA. Saturday's game was just his fourth appearance with the team.

A first-round NBA Draft pick in 2005, Robinson spent 11 seasons in the league with eight teams before playing a season in Israel with Hapoel Tel Aviv.