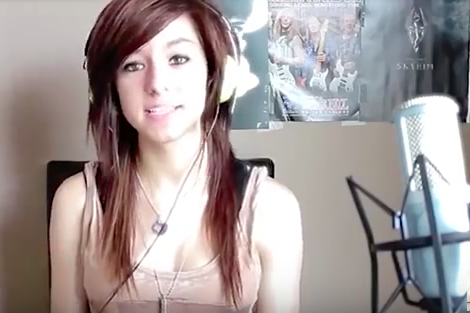 A week removed from the tragic death of 22-year-old Marlton native Christina Grimmie, the young singer fatally shot after a performance in Orlando, a moving tribute video shared by family members has garnered more than 1.6 million views on YouTube.

Grimmie became a vocalist-to-watch after finishing third on season six of NBC's "The Voice" in 2014. Her popular YouTube page, where the tribute video was posted last Thursday, was the vehicle for her discovery by Mandy and Brian Teefy, the parents of Selena Gomez who went on to become Grimmie's manager in Los Angeles.

While Grimmie was a contestant on "The Voice," R&B authority Usher once referred to her as "baby Celine Dion," one of many plaudits that helped pave her way to success as an international touring artist and a rising inspiration in the online music world. Grimmie released two EPs, one full-length album and three music videos in her brief career, enough to earn her the iHeart Radio Rising Star award in 2015.

On June 11, in the hours after a Friday night performance at The Plaza Live in Orlando, Grimmie was fatally shot as she signed autographs for fans inside the venue. The gunman, later identified as 27-year-old Kevin James Loibl, was tackled by Grimmie's brother, Marcus, and shot himself to death during the struggle.

The incident came a day before the deadliest mass shooting in U.S. history at the Pulse nightclub in Orlando.

At a funeral service held Friday in Medford — paid for by Maroon 5's Adam Levine, who coached the young singer on "The Voice" — Marcus Grimmie confirmed rumors that Christina had her arms outstretched to embrace her killer.

"That's how she treated everyone she knew. Her arms were open for them."