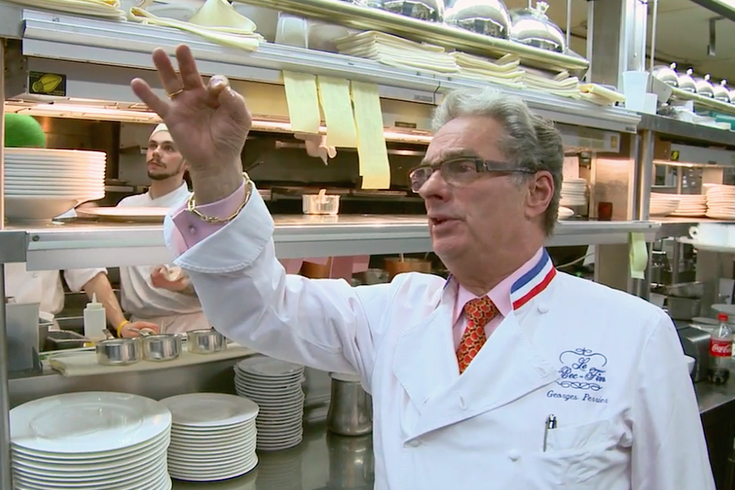 There will be two screenings of the documentary film "King Georges" at the Bryn Mawr Film Institute on Friday, Feb. 26, along with an opening-night reception featuring Champagne and a post-film Q&A.

The documentary follows chef Georges Perrier, beginning in 2010, through the selling and closing of the iconic French restaurant Le Bec-Fin on Walnut Street. The restaurant was considered one of the best in the world for 40 years.

Director Erika Frankel captured the end of an era in Philly, as well as how Perrier's mentorship of his protégé Nicholas Elmi led to a new high-end dining experience in the city.

Elmi won "Top Chef" and opened Laurel, a BYOB on East Passyunk Avenue, where guests must often make reservations far in advance for the seven-course Chef Tasting Menu because of its popularity.

Opening-night attendees will have a chance to speak with Perrier and Frankel about the events that unfold in the film in a Q&A session immediately following the 7 p.m. to 9 p.m. screening.

Then, between 9 p.m. and 10 p.m., there will be a complimentary Champagne reception with French fare from bistro A la Maison.

The second screening will begin at 9:30 p.m., with an introduction from Perrier and Frankel.