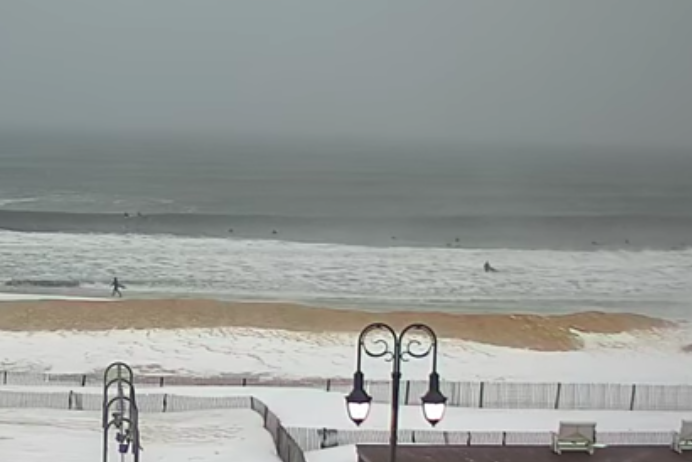 The East Coast was pelted with snow, freezing temperatures and high winds last week, but that didn't stop surfers in one Jersey Shore town from getting out on their boards.

Footage from The Surfers View shows some "die-hards" making their way out into the ocean within an hour after the snow stopped falling on Thursday.

RELATED: WATCH: This is the most magical snow-day video in the history of snow | Photos: A bitter cold snow day in Philadelphia and beyond | New video shows sights around Philly during 'bomb cyclone'

As CBS3 notes, it was only about 16 degrees outside in the Monmouth County shore town at the time.

The live beach cam footage shows about a dozen surfers trying to catch waves in the brutal conditions.

Seems insane, right? Maybe it's something about Belmar that invokes such an adventurous spirit. Comedian Derek DeAngelis posted a video of himself "swimming" in the town's sea of snow.

Or maybe everyone's starting to go a little stir crazy from the frigid weather. Only 163 days until summer, people.