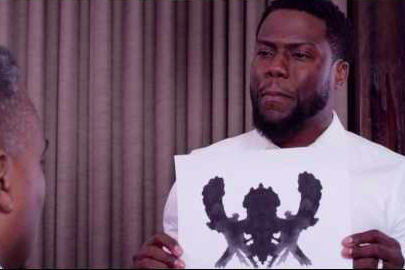 We're all well aware — thanks for the reminder, Dave Chapelle — that the Philadelphia native is an obscenely wealthy man. If any doubt remained, here's the evidence that he's also a baller.

Over the past few days, apparel company Tommy John debuted a series of commercials that form part of the 22-part "Morning Briefing" series, in which Hart champions the benefits of the snug brief. Here are a few examples.

The marriage between Hart and Tommy John has been a few years in the making, according to Fast Company. In 2013, Hart first took to social media to express his love for the company. Tommy John founder and CEO Tom Patterson was intrigued. It took a few years (and a few obsessive references from Hart in the years since), but the comedian finally announced last summer that his own Hartbeat Productions and ad agency Preacher would collaborate on the commercial series.

Hart's previous commercial deals include H&M and Nike, so he's certainly no stranger to the art of persuasion.

New installments of "Morning Briefing" will appear regularly over the next several months, particularly around Father's Day. If anyone can convince you to switch from getting your dad socks to getting him underwear, it's probably Kevin Hart.