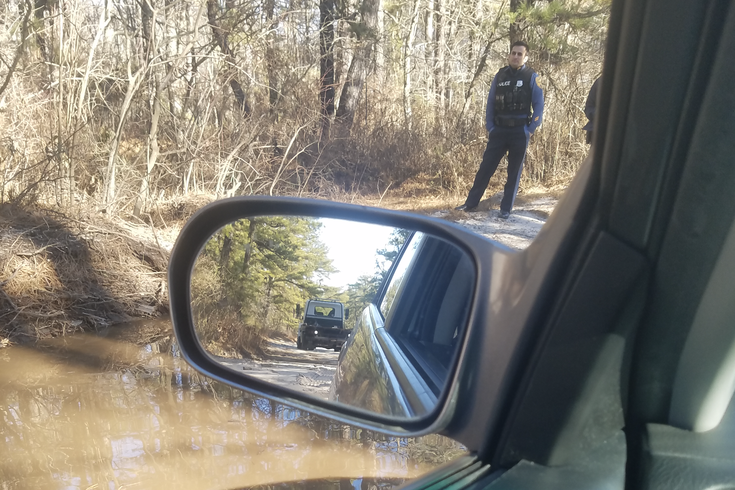 A Waze navigation app glitch recently directed some drivers from New York and North Jersey to the Colliers Mills Wildlife Management Area instead of the Borgata casino in Atlantic City. This photo was taken by a driver whose car got stuck in a flooded area during the misadventure and needed to be towed out.

At 10:30 a.m. on Jan. 16, a New Yorker named Todd left his home in Forest Hills, Queens, for a weekend birthday trip to the Borgata Hotel Casino and Spa in Atlantic City.

The almost 48-year-old, a self-described "city kid," had made the drive to the Borgata countless times in his adult life without the aid of GPS. But like many of us in 2020, Todd now uses navigation apps to lead him virtually everywhere he's driving, even if it's a short trip within New York City.

By half past noon, Todd and his 2005 Honda Civic were mired door-deep in a gigantic puddle inside Ocean County's Colliers Mills Wildlife Management Area, about 45 miles north of the casino. He was trapped in his running car, the fan belt and engine bay submerged.

Todd's preferred app is Waze — a word he uses as a verb. The Google subsidiary has become a popular alternative to Google Maps and Apple Maps because it offers more features and purports to save drivers the most time.

"Even from where I live in Queens, I waze myself to my mom's house where I grew up all my life, which is literally 15 minutes from here, just to find out which way I should go," Todd told PhillyVoice this week. He asked that we not use his last name.

Last weekend, Todd was one of numerous unfortunate drivers who got misdirected to the Colliers Mills WMA due to a GPS error in the Waze app.

Authorities in Jackson Township, where a portion of of the 12,000-acre wildlife preserve is located, noted a  curious pattern of calls coming from drivers stranded in the rough, wet terrain. 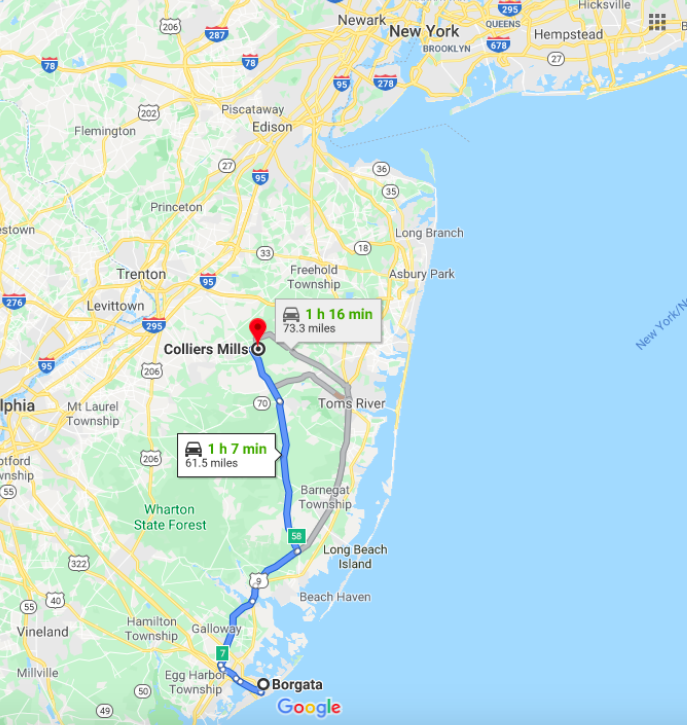 A Google Maps look at the distance between the Borgata and the Colliers Mills Wildlife Management Area. Waze has since corrected the glitch on its own app.

The problem, police said Monday on Facebook, stemmed from an incorrect address attached to a Borgata advertisement placed on the Waze app. Even though the text of the address correctly displayed "1 Borgata Way," the GPS coordinates within the Waze ad link actually belonged to a location in  Colliers Mills, specifically a body of water called Success Lake.


Todd didn't know any of this as Waze took him along County Road 537 in a direction that struck him as a bit unusual.

Todd figured he must be on an optimized route due to construction or some other bottleneck. That's Waze — always looking out for him. He continued until he arrived at a dirt road on the fringes of Colliers Mills WMA. He was just over 2 miles away from the Borgata, according to the navigation app.

"It said make a left onto Success Road," Todd said.

Hey, what else would you name a road leading to a casino?

Just to be safe, Todd reloaded the address on Waze to make sure everything was fine. Sure enough, it all checked out on Waze, so Todd proceeded. 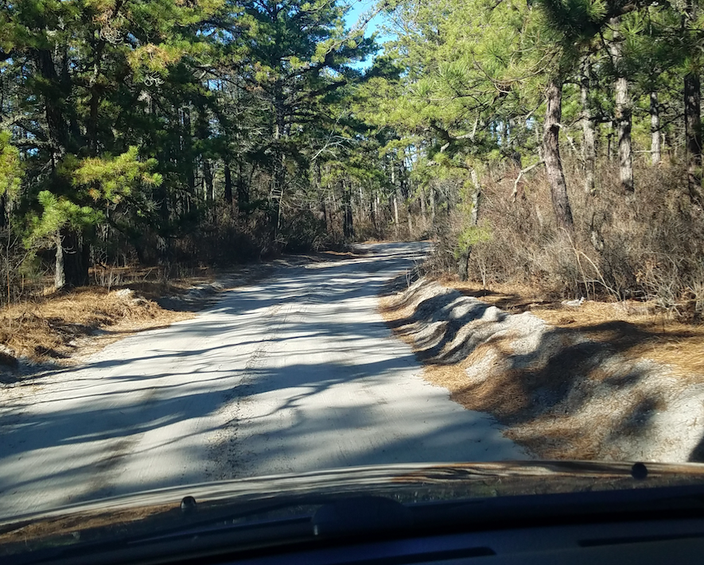 A compact SUV appeared in Todd's rearview mirror. It followed him, making every turn Todd made, until Waze announced to Todd that he had reached the Borgata. The SUV stopped, too.

"We were in front of this lake or whatever," Todd said. "I rolled down the window and asked this other couple, 'You guys trying to get to the Borgata?' They said, 'Yes.'"

The couple in the SUV also had been using Waze. Todd suggested he follow behind them to get out of the woods. They'd sort things out together from there.  The fateful puddle was on a rough patch of road. Todd watched the SUV roll on through the slop.

"He went through this puddle. It didn't look that crazy," Todd said. "I tried to go though. I immediately got stuck."

Todd then looked up in horror as the SUV, and what he thought were his new buddies, drove off without him.

Todd used several coarse words to describe the couple who left him, unconscionably, in the lurch. But there he was.

"I am not a wilderness person in the least bit," Todd said. "I never spent any time camping or anything of that nature."

Todd soon discovered he didn't have cell service, but thankfully the FCC mandates that 911 calls can connect to any available carrier, regardless of which one the caller's phone is contracted with, and he reached an emergency dispatcher.

As Todd described the incident to the dispatcher, the shocked woman on the other end of the phone told him she had received virtually the exact same call the night prior. She patched him over to Jackson Township police.

"I got on the phone with the police department and told them what happened," Todd said. "I told them, 'I'm pretty scared.' I told them where I was from. The officer goes, 'You're actually a lot safer where you are than being in New York City."

When police arrived and heard Todd's story, one of the officers plugged the Borgata into Waze. They were less than two miles away, at least according to the app. Even the tow truck driver, who arrived not long after, was blown away to find another person had gotten stuck there on the way to the casino. 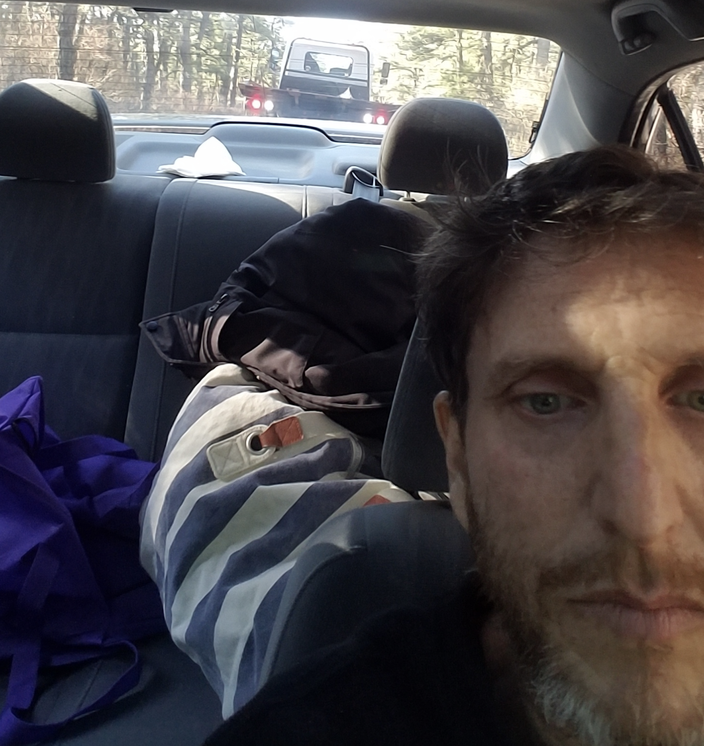 Todd took a selfie as a tow-truck driver prepared to pull his Honda from the muddy puddle where it was stuck in the wildlife preserve.

Todd's Civic was removed from the puddle without further damage and he was returned to an area near the Garden State Parkway. A worried best friend who was waiting for him in Atlantic City greeted him at the Borgata around 4 p.m.

Adding insult to injury, Todd was feeling sick. He immediately went to an urgent care center and was diagnosed with the flu. He ended up going home, having spent $200 to get out of the woods.

It would not be unreasonable to wonder how a driver could manage to mistake the Colliers Mills Wildlife Management area as Atlantic City. 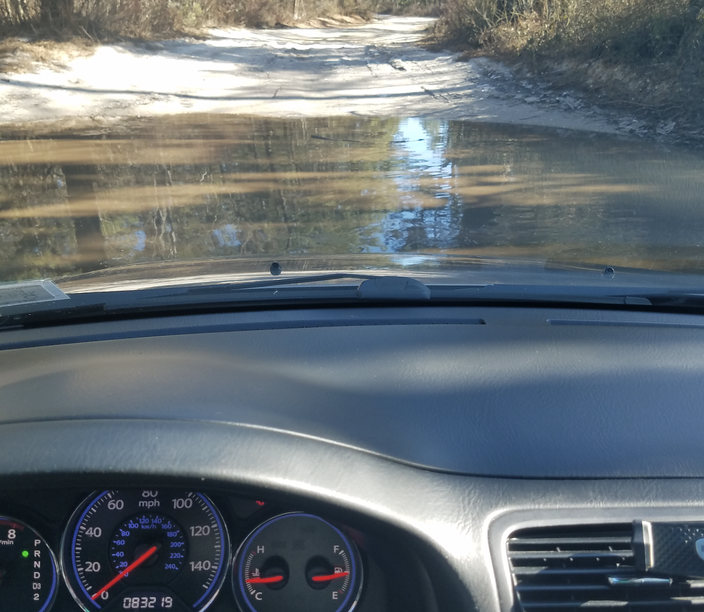 This was the view from Todd's driver's seat after he got stuck in the Colliers Mills Wildlife Management Area, about 45 miles from his intended destination, the Borgata casino in Atlantic City.

"All of my friends, they all thought I was nuts," Todd said. "They thought, 'What the hell did you do to yourself?'"

Vigilance probably could have prevented this from occurring, to be fair. That's what Waze has said in statements to the media, without specifically addressing what went wrong with the app.

"In the big picture of it, it kind of falls on me that I got lost like that," Todd admitted.

But he isn't buying the explanation that one advertisement was to blame. When he first plugged the Borgata into Waze, several addresses and routes popped up. Only one of them was an ad, he said.

"I never, ever click on any of those ads, whether it's on my phone or even if it's on my computer," Todd said. "I don't believe in clicking on them."

"When the whole corridor is affected, there's something radically wrong and someone made a drastic mistake. Either way, I lost my whole weekend."  – Todd, from Queens, New York

Todd selected a regular Waze link for his route to the Borgata, contrary to the way the issue has been described.

"That is a flat out lie and someone should be held accountable for this," Todd said. "Who decided to update and create an ad link for that weekend? Who is responsible for that? And did the Borgata send that to Waze and ask them to create it? There has to be a tie where you put the address to something and ping it to a lake. Why all of a sudden did an ad screw up all the links to the Borgata that weekend?"

Somewhere along the way, the technical teams at either Waze or the Borgata embedded the wrong GPS data into the ad, which Todd theorized affected all Borgata route links.  The Borgata told PhillyVoice the issue existed within the Waze system, and not Borgata's.

"Borgata encourages guests to enter our correct address – 1 Borgata Way, Atlantic City, NJ 08401 – into their navigation system/app of choice and to review the route before driving to ensure the directions are taking them to Atlantic City," a casino spokeswoman said.

And Waze declined to get into the specifics of what went wrong.

“Waze resolved the issue with the Borgata Hotel address on Monday within hours of it being flagged," the company said in a statement. "Users can now navigate smoothly to the Borgata Hotel.”

As far as Todd is concerned, the problem shouldn't be brushed aside.

"To me, there's someone sitting somewhere either saying, 'Hey, oops, I really f***** up and screwed people up over a weekend trying to get somewhere,' or, someone's sitting back having a laugh at us. Who the hell knows? When the whole corridor is affected, there's something radically wrong and someone made a drastic mistake. Either way, I lost my whole weekend."

Todd turned 48 years old on Thursday. He told PhillyVoice he would be flying to Florida with his girlfriend to be someplace warm. Maybe the Bermuda Triangle, with his streak of luck.