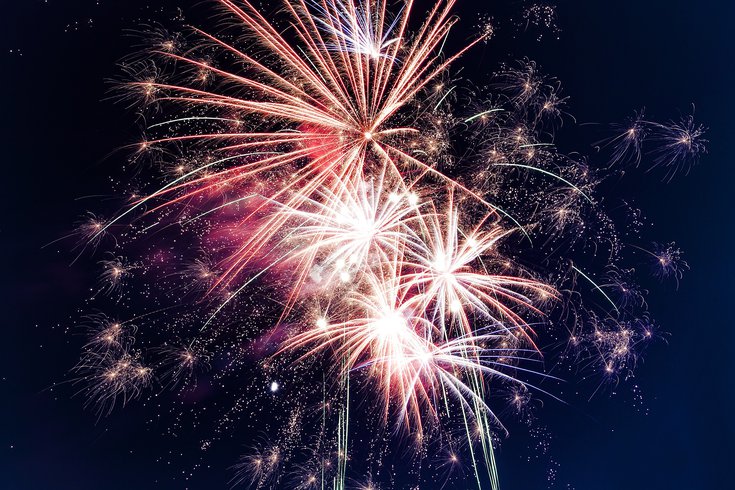 Fourth of July will be mostly sunny and warm with highs in the upper-80s in Philadelphia and upper-70s at the Jersey Shore. Rain could be a possibility on Saturday, so be cautious when planning outdoor activities.

Beachgoers and city dwellers, alike, are in for a warm Fourth of July, but the possibility of showers could dampen some plans throughout the holiday weekend, according to the National Weather Service.

Thursday and Friday will be hot and sunny with highs in the low- to mid-90s. The potential for rain creeps back into the forecast on Friday with a chance of thunderstorms in the afternoon and through the night.

July Fourth will still be warm, though relatively mild in comparison — particularly at the Jersey Shore. A New England front is expected to move into the area and knock down temperatures to the upper-80s in Philadelphia and upper-70s at the beach.

The night sky will be partially cloudy, which could complicate things for those planning to watch firework shows. While most displays in the region have been canceled crowds gathering and the spread of COVID-19, there are still some shows moving forward as planned. Additionally, rain remains a possibility, so be wary of any stormy weather if you're grilling this holiday.

Temperatures will rise again into the lower 90s to closeout the weekend on Sunday.

Here is the daily NWS Forecast through the holiday weekend for Center City, Philadelphia, and Atlantic City:

SATURDAY: Partly sunny in Philly with high near 87. Partly cloudy at night, low temperature around 70. Partly sunny at the shore; high near 78. Overnight low near 69.

SUNDAY: Mostly sunny in the city with a high temperature near 91. Overnight low around 72. At the shore, mostly Sunny, with a high near 81. Partly cloudy at night, with low around 71.