More than 200 people have fallen sick 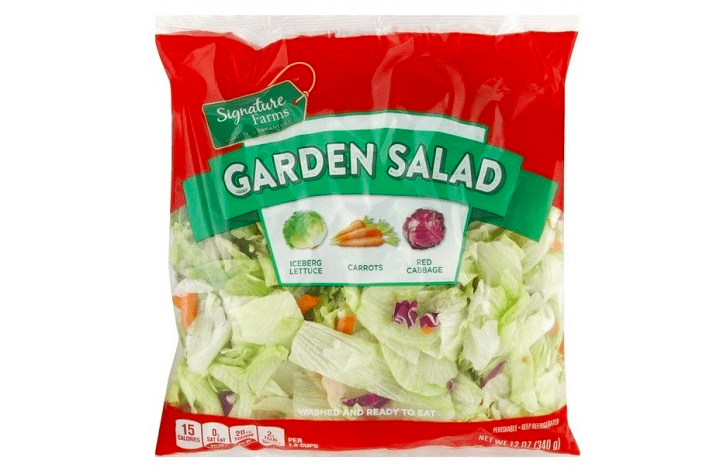 Fresh Express bagged salads have been linked to a cyclospora outbreak that has sickened more than 200 people. The salad mixes have been recalled.

Fresh Express is voluntarily recalling bagged salad mixes that have been linked to recent Cyclospora infections.

The prepackaged salads were sold in 30 states, including Pennsylvania and New Jersey. The recall also includes the store-brand mixes that Fresh Express produces for ALDI, Giant Eagle, ShopRite, Walmart, Hy-Vee and Jewel-Osco.

The recalled products were distributed to stores between June 6 and June 26. They were packaged at a facility in Streamwood, Illinois.

Anyone who purchased the Fresh Express or store-brand salad mixes should throw them away or return them. The salad mixes have a product code of Z178 – or a lower number – found on the upper-right corner of the packaging. They are marked with "best-by" dates running through July 14, 2020.

The recalled mixes also can be identified by their contents. They include iceberg lettuce, red cabbage and/or carrots. Product labels include "Garden Salad," "Old-Fashioned Coleslaw" and others.

According to the U.S. Centers for Disease Control and Prevention, 206 people in eight states became sick after eating the bagged salad mixes between May 11 and June 17. At least 23 people were hospitalized.

Cyclospora infections cause the intestinal illness cyclosporiasis. People become sick after ingesting food or water that contains the microscopic parasite.

The more serious symptoms of cyclosporiasis include fever and vomiting. The symptoms can persist for weeks or months if left untreated. The disease also can be asymptomatic.

Fresh Express issued its recall on June 27. The U.S. Food and Drug Administration and CDC are continuing to investigate the outbreak. They seek to determine which vegetables in the mix were the source of the infections and whether other store-brand salad mixes also may be affected.

A complete list of the recalled salad products can be found here.