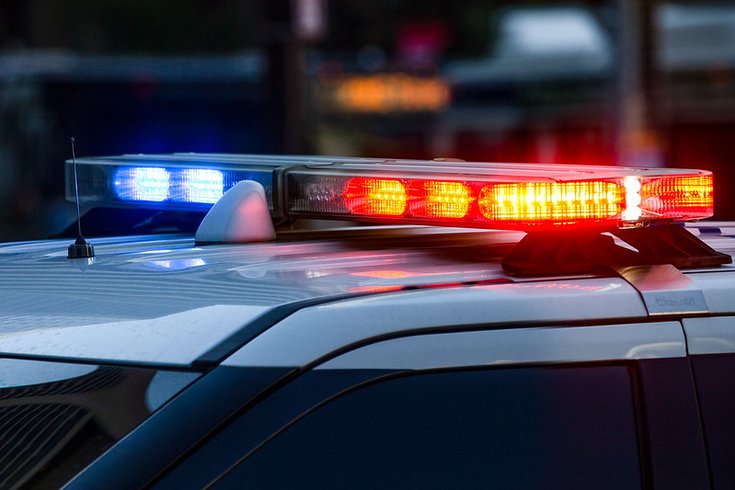 Chester County prosecutors charged 34-year-old Dimitrios Moscharis, of West Chester, in the 'near-fatal' beating of his girlfriend's daughter in Westtown Township on Nov. 23, 2020.

A 9-year-old Chester County girl is fighting for her life after she was severely beaten on Monday morning, allegedly by her mother's boyfriend while under his supervision, according to prosecutors.

Charges were filed Tuesday against Dimitrios Moscharis, 34, of West Chester, in connection with the incident that occurred at a home in Westtown Township.

In the early morning hours of Nov. 23, Westtown-East Goshen police responded to a 911 call for an unconscious child. Investigators found the girl on the bathroom floor and discovered bruises all over her body, both old and new, while they tried to perform life-saving measures.

The girl was taken to Nemours/A.I. DuPont Hospital with injuries to her lungs, extensive bruising throughout her body, and likely brain damage due to oxygen deprivation for an extended period, prosecutors said. She remained in critical condition as of Tuesday afternoon.

At the scene of the incident, investigators interviewed the girl's mother, who said she was out driving for Lyft in Northeast Philadelphia when she received a call from Moscharis, her boyfriend of approximately two months.

The mother returned home immediately and found the place in disarray, with signs of an apparent struggle, prosecutors said. She found her daughter unconscious, wet, and fully clothed in the bathtub.

Moscharis and the girl's mother pulled the girl from the tub and attempted to perform CPR after calling 911.

Authorities said the girl showed signs of suffocation and bruising patterns consistent with objects police found near the bathroom.

During subsequent interviews, the girl's mother told investigators that Moscharis had insisted her daughter needed to be disciplined for acting out of control.

The mother allowed Moscharis to hit the girl with a curtain rod or a baton used to open and close window blinds, according to prosecutors. The girl also would be locked in a closet for extended periods or ordered to perform repetitive tasks.

“What this child endured is unconscionable. The defendant’s depravity is beyond words and comprehension," said Chester County District Attorney Deb Ryan. "It is the kind of criminal action that is devastating to our community and parents alike. A seasoned child abuse detective said that the child’s bruising all over her body was the worst he’s ever seen in his career. My office vows to seek full justice for the victim child with maximum punishment for the defendant.”

Authorities said Moscharis failed to call 911 for help despite knowing the child had stopped breathing for at least 10-15 minutes. When the girl's mother returned home, Moscharis allegedly instructed her to tell police that the girl had been injured by her biological father.

Reports of child abuse have slowed during the coronavirus pandemic, but prosecutors believe this is a result of diminished oversight, not fewer cases.

Moscharis is charged with attempted homicide, strangulation, aggravated assault, possessing an instrument of crime, endangering the welfare of a child, false imprisonment, and related offenses. A preliminary hearing is scheduled for Nov. 30.