What's the origin of the high heel? 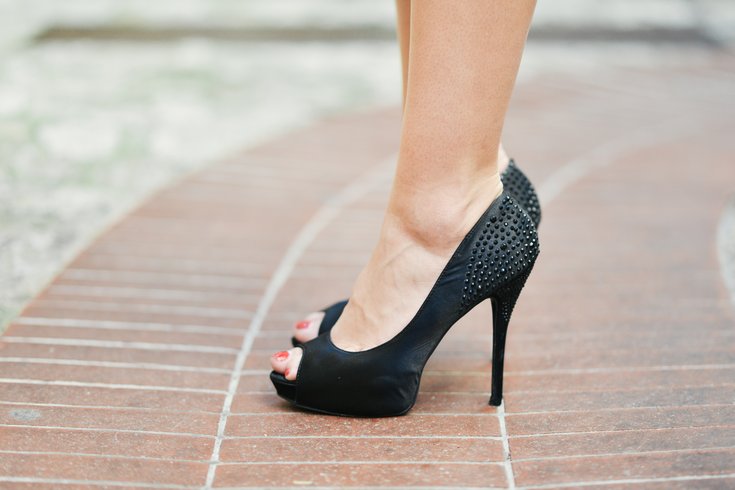 It's a wonder, then, that the style of shoe has become such an evergreen fixture of fashion. They are ever-present on the runway and in the workplace. What's the deal?

Curious to know the high heel's origins, we reached out to Kelly Kirby, an assistant professor at Moore College of Art and Design and cultural anthropologist, for an answer.

What are the origins of the high heel?

It’s interesting to note that the ‘history of high heels’ is a phenomenon produced in the Western world. And while this phenomenon is happening, there are many different specific modifications to beautify the feet in other cultures.

But as far as high heels, they essentially weren’t first created for women--they were created for male warriors to lock into a saddle. It was not an idea that came about to beautify the female body. It did emerge later, still for males, with Louis XIV, who was famous for wearing these big heels because he was not a very tall man. And it was like a symbol of power. Then it became kind of a competition of nobles. And interestingly enough, you have nobles who are making a social and political statement to others around them just by having heels on – to say that you belong to the noble status and you don’t have to work. The working class did not wear heels at all and that was also a political statement, in the sense they were saying, ‘We don’t want to be like you, we work all the time.’ 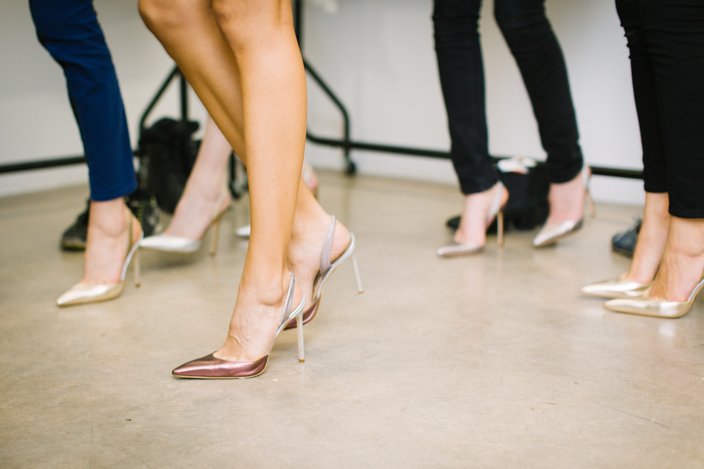 Is that specific to one culture over another?

That was specifically French culture. If you look at any type of clothing, in and of itself, it is a representation of three things: connection to spirituality, connection to issues of power or it could be connected to politics. This was an instance where it responds to the idea of power and politics...To give a quick cross-culture example, punk came from a space of complete frustration and anger by a group of young, working-class males in London who didn’t have job opportunities, who were fed up with everything. And then emerges this subculture that says ‘F you to the world.’ But also, their clothing and their embellishments reflect how they were feeling. In this context of Louis XIV, it was ‘We’re proletariats; we don’t want to be like you.’

• High heels haven't always been worn by women. They were actually first worn by men, in battle.

• Heels have historically been associated with power.

• Women in the United States started wearing them around the 1920s.

Another fun fact is – women started to wear heels around the 1920s a little bit with the flappers in the U.S., and it was a way to demonstrate a sense of autonomy. But when heels really became popular is after World War II. There’s interesting research on the difference between what heels looked like prior to World War II and after. The term ‘stiletto’ emerges. When we think of stiletto, we think of eight-inch heels, right? It’s not so much that, but that the shoes prior to stilettos were one unit, and the stilettos—the ball of the foot is in one area of the shoe, and the heel is on the actual stiletto itself. It really modifies the way in which people walk with those shoes, versus the way the other shoes were. Even though it’s proven that long-term wearing of heels can cause back problems, because the wearing of high heels in this context has only been prominent since after World War II, there’s not a ton of research that shows whether it completely [alters] the body.

You’d almost expect this to be the opposite—there’s nothing about wearing a high heel that’s anti-feminist or something. It sounds like this came out of feminism in a way, yes?

Definitely. If you think about it, the 1970s, there’s a lot of stuff going on politically and economically. You’ve got the Vietnam War, civil rights, women’s rights and the emergence of platform heels....There’s almost this idea of ‘We’re going to be taller than you and show off our strength in our clothing.’ But what you also see, 10 years later, is, when high-high heels become popular for women, it was when you’d see more women going into the workplace and becoming professionals, and the heels are higher and it’s because they’re competing with men to get the jobs. And also, shoulder pads.

Here’s a side note: I’m a relatively short human being and I’m five feet tall and I’m a teacher. I had a conversation with my colleagues today and asked, ‘Do you feel more powerful when you wear heels?’ And for me, in particular, when I teach classes, I wear heels. Because if I don’t, people will come up and say things like ‘I never realized how tiny you were.’

Was there a reason men stopped wearing heels?

It depends on where we’re talking about and what’s going on. What’s going on politically with revolutions and wars. And also, the idea of the female becoming more ‘feminine.’ That kind of created a masculine push within the male, and eventually created a space where the heels were no longer symbolic of what it meant to be noble or of a high status.

Fun fact: I went to the exhibition of ‘Heavenly Bodies’ at the Met and saw the robe of Pope John Paul II, who is famous for wearing these Italian-made, fancy red shoes with heels. Tiny heels. And no other pope has worn shoes like that. And the current pope dresses as modest as possible. But those red shoes symbolize the blood that Jesus shed.