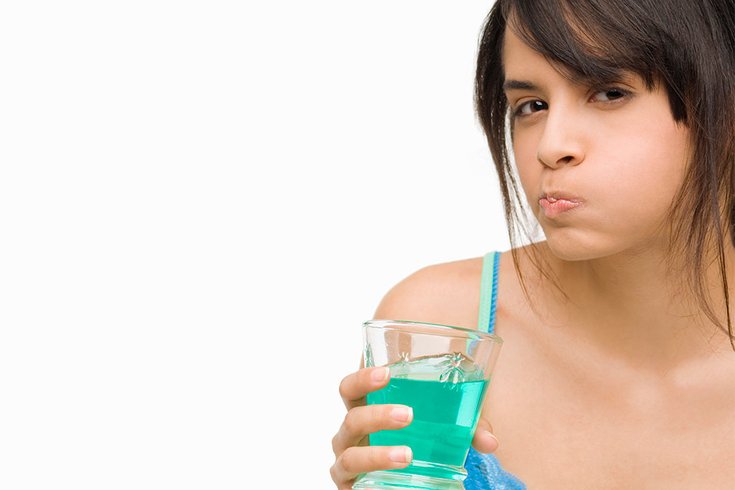 Go ahead and follow that rigorous, heartpounding workout with a refreshing shower and a good tooth-brushing, but leave the cap on the mouthwash.

A new study found that antibacterial mouthwash can interfere and restrain the cardiovascular benefits of exercise by lowering blood pressure, according to sciencealert.com, which gave the following explanation for how that happens:

When you exercise, your blood vessels open in response to the production of nitric oxide, which increases the diameter of blood vessels. This process is called vasodilation, and it increases blood flow circulation to active muscles. For a long time, researchers thought this only happened during exercise, but in more recent years, evidence has shown that circulation stays high (meaning blood pressure is lowered) even after exercise – thanks to how bacteria interact with a compound called nitrate, which forms when nitric oxide degrades.

Once nitrite is produced and swallowed with saliva, it becomes absorbed into blood circulation and reduces back to nitric oxide, which keeps blood vessels wide and lowers blood pressure.

But according to this small study, it looks like this biological mechanism can be significantly interrupted if anti-bacterial mouthwash gets added into the post-exercise mix.

Raul Besco, a professor of dietetics and physiology at the University of Plymouth in the United Kingdom, and his fellow researchers had 23 healthy adults run on a treadmill for 30 minutes and then kept track of the participants' blood pressure for two hours after the exercise.

Results of the randomized, double-blind study indicated an interesting discovery, according to Medical News Today:

The results suggest that mouthwash reduced the blood pressure-lowering effects by more than 60% in the first hour of postexercise recovery and canceled them completely after 2 hours.

So if you want your exercise to have benefit long after you have left the gym, skip the mouthwash.

The study was published in the journal Free Radical Biology and Medicine.