Will Walk the Moon create another earworm song?

The pop-rock band, remembered for 'Shut Up and Dance,' has since moved on 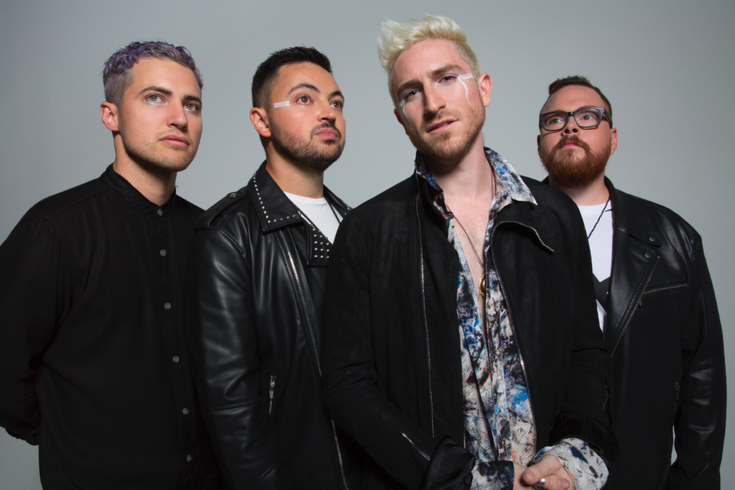 Walk the Moon appears Sunday, Jan. 21 at The Fillmore Philly.

"Shut Up and Dance" was exactly what happened when the anthemic Walk the Moon single was played at clubs and even ballparks, cue the dance cam, in 2014.

"It was how people reacted when they heard the song," guitarist Eli Maiman said while calling from Nashville.

"We saw what people did at ballgames and at our shows. Who wouldn't like watching a song of yours having that kind of impact. It really was such a massive song."

Maiman isn't exaggerating. The infectious track spent a ridiculous 27 weeks at No. 1 on the Billboard Hot Rock Songs chart. More than 3 million copies have been sold and the smash has been streamed more than a staggering 472 million times on Spotify.

However, when it was time to follow-up "Shut Up and Dance," Walk the Moon decided to move in a different direction.

"We didn't want to repeat ourselves," guitarist Eli Maiman said.

"We weren't going to write another version of 'Shut Up and Dance.' We truly appreciate how well the song did. It put us on the map. But we had to move on."

Walk the Moon, which will perform Sunday at The Fillmore, has done just that with it's latest album, "What if Nothing."

The band’s third album, which dropped in November, is full of hook-laden songs, but there is a bit more of an edge, which separates Walk the Moon from some of its pop-rock contemporaries, such as Maroon 5, Imagine Dragons and Bleachers.

The heavy but catchy cut, “Headphones,” proves that Walk the Moon is much more than “Shut Up and Dance.” The artistic breakthrough features a big riff but is poppy at its core.

"It sounds amazing," Maiman said. "It's a different sounding song for us. It was cool breaking new ground."

“We love his work with Mastodon and of course [Dr.] Dre. He helped us add some beats and gave us some balance. Mike had a huge impact on us. We needed that push. He helped us flesh out our sound and get to the next level.”

A break between albums cleared the band's collective mind.

"That had a huge impact too," Maiman said. "If it wasn't for that time off, I think this album would have sounded different."

We were on the road every year for 300 days. When we took the time off, we discovered that we had some tension between us."

The band went on hiatus in 2016 when vocalist Nicholas Petricca's father became ill. The group scrapped its summer tour.

"It was the first time the band had anytime off in years," Maiman said.

"It was difficult because of what was happening with Nicholas' dad, but the byproduct of all that was that we had a break, which we needed. We just didn't know we needed it. We were on the road every year for 300 days. When we took the time off, we discovered that we had some tension between us. That was resolved and we came back closer as a band when we worked on the album."

Walk the Moon is already looking ahead to its next album.

"When we start working on new material, I'm sure it's going to sound different than "Shut Up and Dance" and the songs from this album," Maiman said.

"We just want to keep developing making it more interesting for us and the fans."