Winter Storm Petra: What you need to know 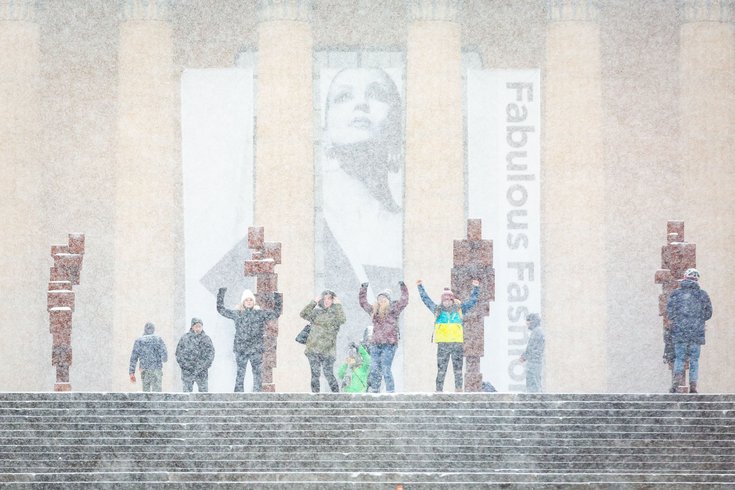 Not even snow can stop this group of people from putting on a Rocky pose on the steps of the Philadelphia Museum of Art during Winter Storm Petra, Wednesday, Feb. 20, 2019.

Winter Storm Petra will be arriving imminently in the Philadelphia region. Here's what you need to know about this winter storm:

WHEN DOES THE SNOW ARRIVE?

The snow is expected to begin in the city between 9 and 11 a.m., and then transition to sleet after 4:30 p.m. and several hours later to rain. It will rain heavily, before ceasing sometime overnight. A winter storm warning is effect from 10 a.m. Wednesday to 1 a.m. Thursday for Chester County and western Montgomery County. A winter weather advisory has been declared in Philadelphia, Delaware County, eastern Montgomery County and Lower Bucks County, from 7 a.m. to 9 p.m. Wednesday. 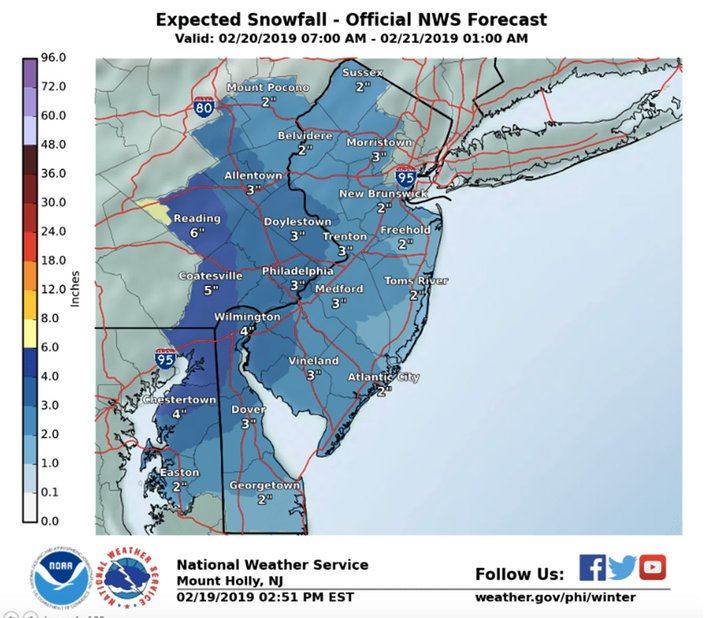 HOW MUCH SNOW WILL WE GET?

It depends where you are. In and near the city, about three inches. In the northern and western suburbs, about 4-5 inches. But there is much uncertainty given this type of storm, due in part to the time of the switchover to sleet and perhaps freezing rain. 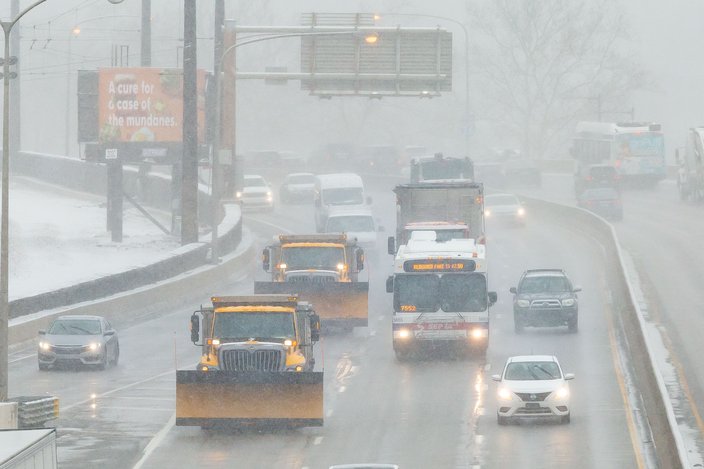 Most of the impact looks to hit during the afternoon commute, though streets will like be slick well before that. Roads will be snow-covered and slippery, perhaps with a glazing of ice to make driving hazardous. Motorists are urged to exercise caution and take their time.

Gov. Phil Murphy has declared a state of emergency to allow resources to be deployed throughout the state during the duration of the storm.

All Philadelphia public and parochial schools are closed. Dozens of suburban school districts as well as day care centers are also closed for the day. You can see a list here.

All Philadelphia School District administrative offices will be open Wednesday. All after-school activities including all athletic programs and professional development sessions scheduled for Wednesday are canceled as well. All district early childhood centers will also be closed. All district building engineers are to report for work at their normal start time.

SEPTA has announced its Regional Rail trains will be running on an Early Exit schedule, which means 9 trains from the PM schedule will be moved to midday to accommodate people leaving the city early. All other trains remain on normal schedule.

De-icing operations are underway at Philadelphia International Airport and cancellations and delays are reported. The airport advises passengers to check flight status with their airline before coming to the airport wherever you’re flying. Some airlines are offering fee waivers to change itineraries for booked travel to/from certain cities on certain dates in anticipation of the storm. If you're planning to fly over the next couple of days, check with your airline for details. To get flight status, call your airline, get updates at 1-800-PHL-GATE or check the airport website, www.phl.org.

PHILADELPHIA: All municipal city offices in Philadelphia will close at 1 p.m. All courts and offices of the Philadelphia courts will be closed. If you are scheduled for jury duty on Wednesday, do not report for service. You will be rescheduled to serve at a later date. All critical services, including emergency protection from abuse, bail acceptance, and preliminary arraignments, are expected to remain operational. The Eastern District of Philadelphia is also closed.

BUCKS COUNTY: All courts and government offices are closed. If you are scheduled for jury duty on Wednesday, do not report for service. Check the jury duty page for more information and to receive stand-by numbers for Thursday. The Bucks County Commissioners meeting scheduled for today has been canceled.

CHESTER COUNTY: All courts and government offices are closed.

DELAWARE COUNTY: The courthouse and government offices are closed.

MONTGOMERY COUNTY: The courthouse and government offices are closed. If you are scheduled for jury duty on Wednesday, do not report for service. Jurors will be rescheduled at a future date.