Back in the day, two Philly companies jumped on the trend 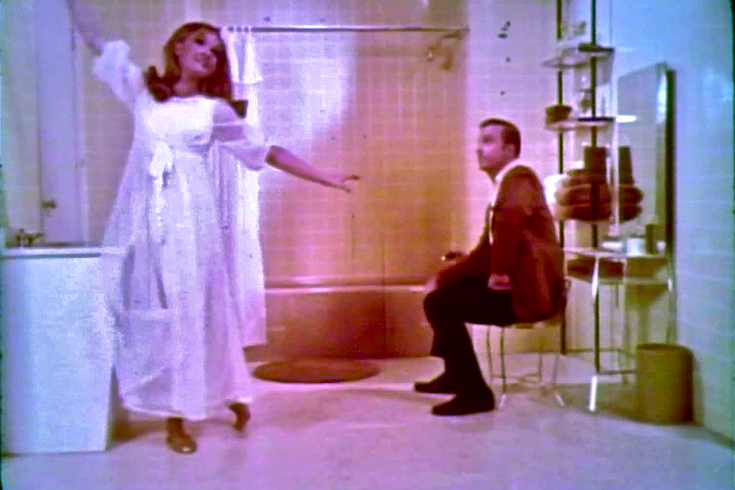 "The Bathrooms Are Coming" is a 1969 American-Standard musical for plumbing fixtures.

Those involved in corporate-commissioned "industrial musicals" didn't think anyone but the employees at national conventions and sales meetings in the 50s, 60s and 70s would be entertained by the Broadway-style shows.

Songs like "My Bathroom," composed by Sid Siegel, with the lyrics “the only place where I can stay, making faces at my face" existed in a time before things went viral, but it was definitely made with enough LOL and OMG ingredients.

When comedy writer Steve Young ("The Late Show with David Letterman," "The Simpsons") discovered the vintage tracks, he made it his mission to share them with the masses.

Choose from any of these hilarious songs on tires, gasoline, air conditioners, bathtubs and tractors curated by Young and you'll be glad he's dedicated so much time to promoting the long-forgotten corporate musical.

On Oct. 5, Young will be at Bryn Mawr Film Institute to share his knowledge, screen a sample of the documentary "The Industrial Musicals Movie" and to show vintage film material from various corporations that used industrial musicals to boost employee efficiency and increase sales.

"It's not just camp or kitsch—it’s a hidden world of Americana with surprising emotional resonance, thanks to the behind-the-scenes stories [Young] has learned from writers and performers both obscure and famous," states a press release on the event.

Among the rare clips to be shown:

Copies of Young’s book, "Everything’s Coming Up Profits: The Golden Age of Industrial Musicals," will be available for sale and signing at the event, for those who are fascinated enough to learn more.

Tickets are required for the event.