Woofstock connects dogs and their people 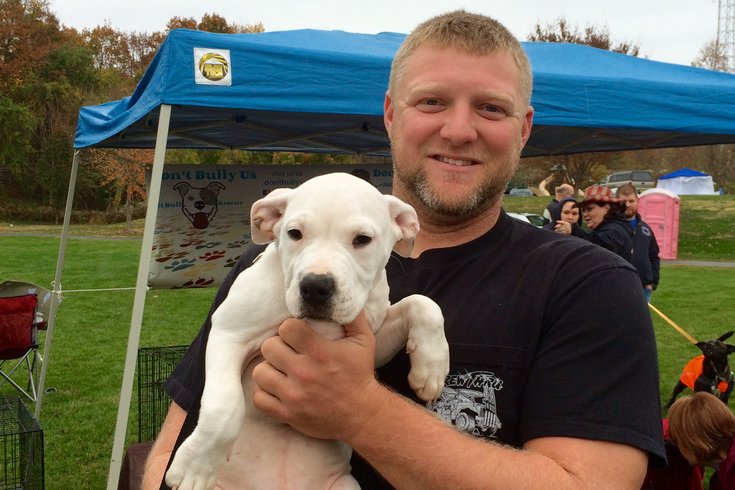 Zach Jacubowski, of Audubon, with his pit bull pup, Blaze, adopted a week ago from Don't Bully Us Rescue.

And a few cats, too.

Woofstock, the annual fundraiser for the Voorhees Animal Orphanage, which primarily deals with sheltering and placing dogs, filled the Voorhees park with about 4,000 people.

Some were looking to adopt a pet. Others were there to check out service and goods geared toward canines.

But many, accompanied by a pooch they already care for, were simply there to commune with fellow dog-lovers.

Take Zach Jakubowski, 29, of Audubon. He was there with Blaze, an 11-week old pit bull pup he adopted a week ago from one of the exhibitors, Don't Bully Us Rescue.

He got the pup to keep company with his adult pit, Lucky.

Jakubowski said the problem with pitbulls is that many are not properly handled as pups.

He knows pities, as they get called, have a reputation as biters and fighters. But he says that’s undeserved, a contention supported by statistics.

“The key is socializing,” said Jakubowski. 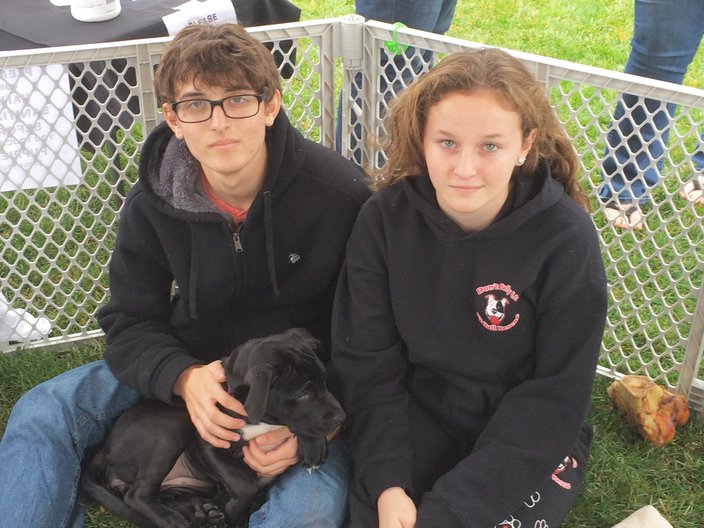 Socializing was exactly what 14-year-olds Heather Davis and Vincent Nuzzie from Marlton were doing, sitting in a puppy pen filled with happy pups.

Mark Peters, 58, of Wenonah, started out working with the Camden County Animal Shelter before beginning his own program of placing pit pups rescued from New Jersey and Philadelphia.

Peters said the problem with the breed is that many come from very poor households, brought up with bad nutrition, no attention to their health and poor socialization.

“They’ve had rough lives,” he said, adding that the 200 pups he’s placed out have not had issues -- and that helps with the breed’s reputation.

Jennifer Bailey, 47, of Haddon Heights, secretary for the orphanage’s board of directors, said the funds raised Saturday, along with shelter contract for many county towns, are the organizations only means of support.

More than 170 vendors and allied organizations filled space at the show.

She expected that 25 to 30 dogs – and a few cats – would get adopted as a result of Woofstock.