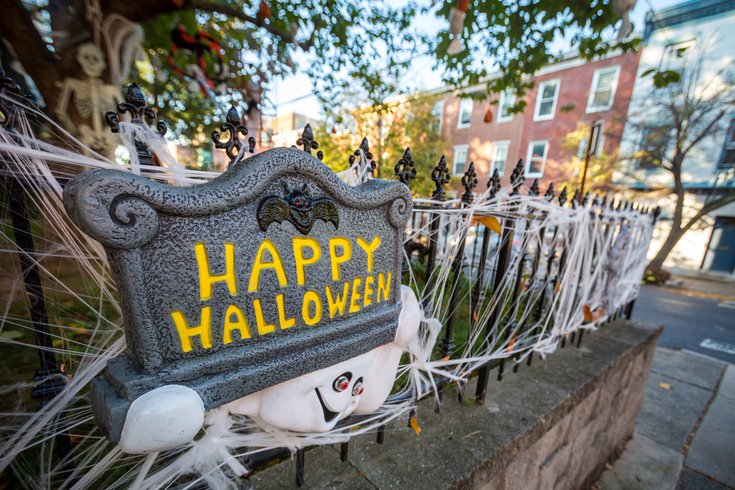 A house decorated for Halloween in the Fairmount section of Philadelphia.

These include the always-offensive ones, such as the continual creation of "sexy Geisha" costumes or those people who still think it's OK to do blackface. Then there's the bad takes on some of the year's big events – remember that girl who dressed as a Boston Marathon bombing victim in 2013?

Regardless of the news events in the months leading up to Halloween, there always seems to be plenty of new costumes – some topical, some just a refreshing take on stupidity – to mark the passage of time.

Here is a look at this year's weirdest, dumbest, and just generally ill-conceived Halloween costumes. Trust we'll update as more come to fruition.

How tone deaf does one have to be to think this makes any sense? Have you....watched/read Handmaids Tale? Did you miss the point of it? pic.twitter.com/GX6lQRjbEx

This take on the red dresses worn on "The Handmaid's Tale," the outfit that distinguishes which women are serial rape victims forced to have children for sterile couples in the acclaimed Hulu series, rightfully faced viral backlash for its ridiculousness last week. Yandy has since stopped selling the Halloween costume – a tight, red, mini-dress with cape and white bonnet – and removed it from its website. It was originally $64.95. Something Yandy hasn't taken down? Its entire section devoted to "Sexy Indian" costumes, calling for many on social media to #CancelYandy.

Will this costume from Philly-based Urban Outfitters get you thousands of dollars for endorsing SugarBearHair? Probably not, but you can dream. This costume, modeled after blonde hair-era Kim K., is just a sports bra and leggings, together for $59. The shop suggests completing the look with a $16 blond wig, $70 chunky white sneakers, and $20 sunglasses. 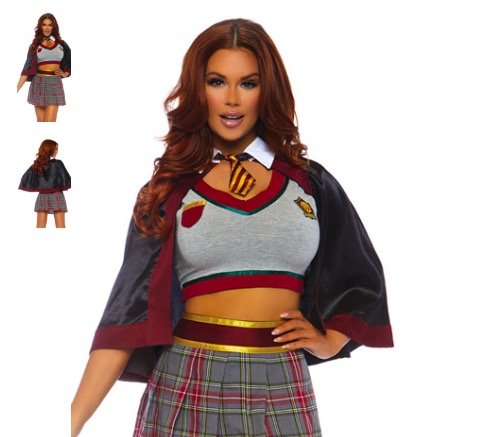 Yes, the creepy AF school girl fantasy is alive and well in the modern world, but let's not forget: Hermione Granger – without whom, Harry Potter probably would have died by Book Two – first appeared in the series at the age of 11. The series ended with her at 17. Just like the "sexy" Eleven costumes from "Stranger Things" last year, it's best to avoid making provocative versions of Halloween costumes based on children. 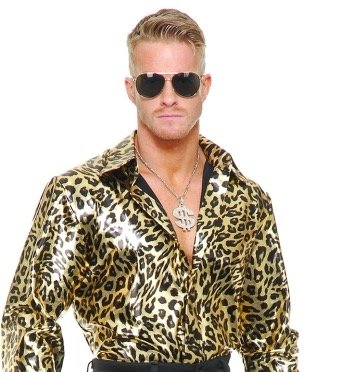 This "costume" is titled "Gold Leopard Disco Shirt." So keep in mind that, for the price of $84.95, you are receiving not the matching pants, not the aviator sunglasses, and not even the gold money chain. You are receiving a leopard-print, shiny shirt that you could probably find in the resale bin at any thrift store in Philadelphia. Don't be a sucker this Halloween.

Found my Halloween costume. Sexy Anonymous NYT Op-Ed! It, of course, has a "scoop neckline." But also, why is this? https://t.co/EGR3kS4YGi pic.twitter.com/YTOwL0LlM1

Sigh. Welcome to 2018. In combing through the biggest news of the year, someone figured out how to make the anonymous New York Times op-ed written by someone working inside the Trump White House into a revealing Halloween costume for women. The end result is a tight dress with newsy-print with a big ol' question mark and Groucho Marx glasses and nose.

Anyone need a snake charmer costume for Halloween? pic.twitter.com/cy3Aa08RDW

Again ... welcome to 2018. The year of #MeToo, #TimesUp, and... pants with a giant snake sewn into the crotch. There are many reasons why this costume is terrible, snake or no snake, starting with the headpiece meant to mimic a turban and the general effect of appropriating Southeast Asian and Middle Eastern cultures. Then, of course, there's the snake that the "charmer" decided to whip out, even though nobody asked him to ... put that thing away. Also offensive: It costs $75.60. 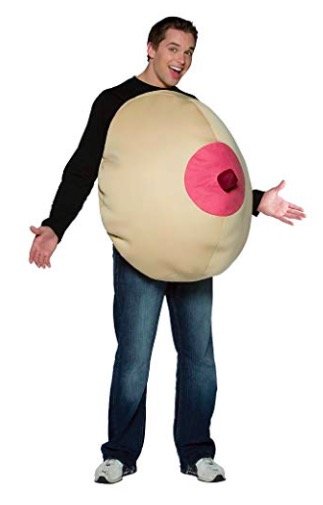 Just STAAAAHP. Make it stop. This costume of a giant boob – just one – with polyfoam exterior to "maintain shape" and a pink nipple that ... squeaks. Like a dog toy. 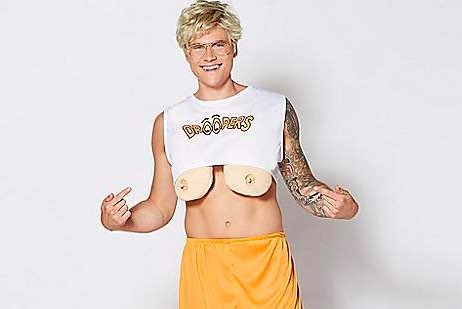 You know, because of gravity. It's somehow sold out at Spencer's.