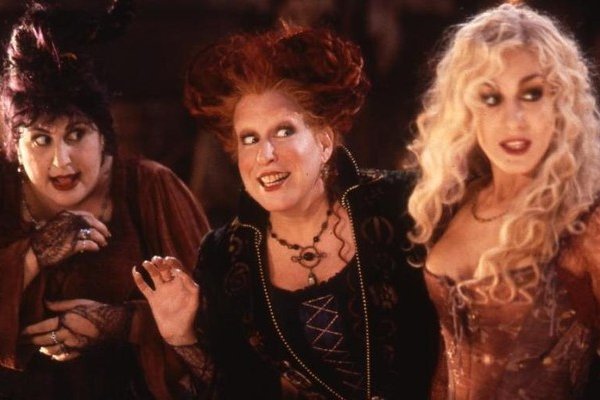 "Hocus Pocus" debuted in 1993 and has become a Halloween classic.

This month you may be able to revisit one of your favorite movies of the season as 2018 marks the release anniversary for a few Halloween movie classics, including "Hocus Pocus," "Nightmare Before Christmas," and "Beetlejuice."

RELATED: 11 horrifying flicks and shows on Netflix just in time for Halloween

For "Beetlejuice," this year marks the movie's 30th anniversary. Oddly enough, the film originally came out in March 1988 -- so, not Halloween -- but has since been grouped in with other beloved movies for this time of year. Throughout October, select theaters will be screening the Tim Burton film to commemorate the occasion.

Check out this properly dated trailer in case you need to get reacclimated to the movie:

In the Philadelphia area, "Beetlejuice" showings will be primarily on Sunday, Oct. 21. Afternoon screenings at 2 p.m. are scheduled at the following theaters:

Those theaters also each have early evening showings for "Beetlejuice" scheduled.

Another Tim Burton cult classic, "The Nightmare Before Christmas," which can arguably double as either a Halloween or a Christmas movie, is also celebrating an anniversary this year, first released 25 years ago in October 1993. Turns out, '93 was a great year for kitschy Halloween movies, because "Hocus Pocus" also debuted that year, though it oddly premiered in July.

Both movies are also returning to select theaters this month. From Friday, Oct. 26 through Wednesday, Oct. 31, the following nearby theaters have multiple daily showings of "Hocus Pocus" scheduled:

Though "The Nightmare Before Christmas" is also scheduled for a theatrical reprise as well, no dates or locations have been announced yet. Here's that trailer, too, to hold you over in the meantime.