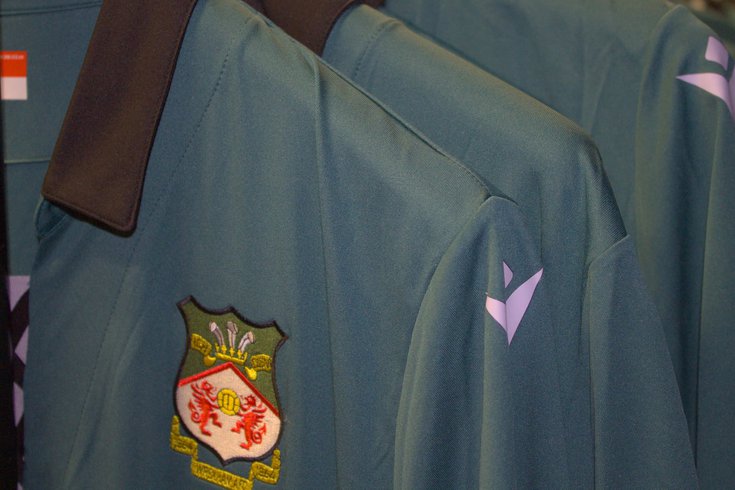 Wrexham AFC, the Welsh soccer team co-owned by "It's Always Sunny in Philadelphia" creator Rob McElhenney recently unveiled new away kits inspired by the Eagles. McElhenney and Ryan Reynolds bought the club, one of the oldest in the world, toward the end of 2020.

The Welsh soccer team co-owned by "It's Always Sunny in Philadelphia" creator Rob McElhenney recently unveiled new away kits inspired by the Eagles. The green jerseys would fit right in at The Linc and even feature a tribute to McElhenney's show with "It's Always Sunny …" embroidered under their collars.

"I'm delighted that this kit unites two of my great loves, Wrexham AFC and Philadelphia," McElhenney said. "I hope we build great memories together is this famous green."

Fans in Philly will have to wait to see the Eagles-inspired kits in action. Wrexham AFC was scheduled to play the Philadelphia Union in an exhibition Thursday at Subaru Park, but it was canceled due to COVID-19 concerns, according to a report from The Leader.

McElhenney, who co-owns Wrexham AFC with Ryan Reynolds, even enlisted "Sunny" co-star Charlie Day to help model the uniform on his Instagram page.

"I recognize that as Chairman I must act with respectful propriety when making public statements concerning Club matters," McElhenney tweeted. "But damn that s*** is dope."

According to Wrexham AFC's website, fans were lined up outside the Club Shop as early as 7 a.m. Wednesday to get their hands on the new kits. Few sizes were in stock as of Wednesday evening on the club's online store.

"It’s a lovely shirt, I really like it," said Simon Edwards, who was the first person into the Club Shop, according to Wrexham AFC's website. "I’ve also picked up one each for my twin daughters, to take back to University with them, so they can remember where the best team comes from!”

McElhenney and Reynolds bought Wrexham AFC, one of the oldest clubs in the world, toward the end of 2020. Wrexham AFC had been owned by fans since 2011, but voters approved the purchase because of the duo's aspirations to turn the club into a global name. The actors are even teaming up for a "Welcome to Wrexham" docuseries that will chronicle their fledgling ownership bid on FX this fall.