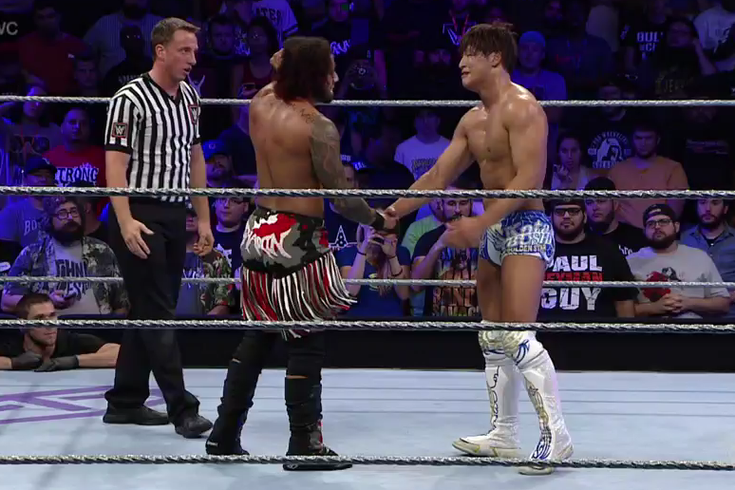 Kota Ibushi and Sean Maluta shake hands after competing against each other in the first round of the Cruiserweight Classic.

Wednesday night saw the official beginning of the inaugural WWE Cruiserweight Classic, exclusively on the WWE Network. So far, everything about the tournament has been completely different. From the ring ropes to the turnbuckles to the logo on the ring mat, the Cruiserweight Classic certainly didn’t feel like just another WWE show. The ring was even a little bit smaller.

One thing I was looking forward to the most was how these global talents – literally, they’re from all over the world – would translate their wrestling style to a WWE ring. We’ve seen a lot of injuries occur through the years when the action is fast and furious, so it seemed like these eight talents slowed it down a bit. There were no “spotfests.” The storyline wasn’t just a mere afterthought.

Mauro Ranallo and Daniel Bryan provided excellent analysis on commentary and really added to the show. It’s one thing when commentary doesn’t hinder a show, but it’s great when it actually elevates it. I’m excited to see how these two mesh in the weeks to come.

If you subscribe to the WWE Network, you can watch these matches on demand. Here are the results of the first four matches in Round 1:

Cedric Alexander defeated Clement Petiot by pinfall after hitting him with the Lumbar Check.

The following first round matches were announced for next week’s episode: