Change your posture for the better at this weekend class 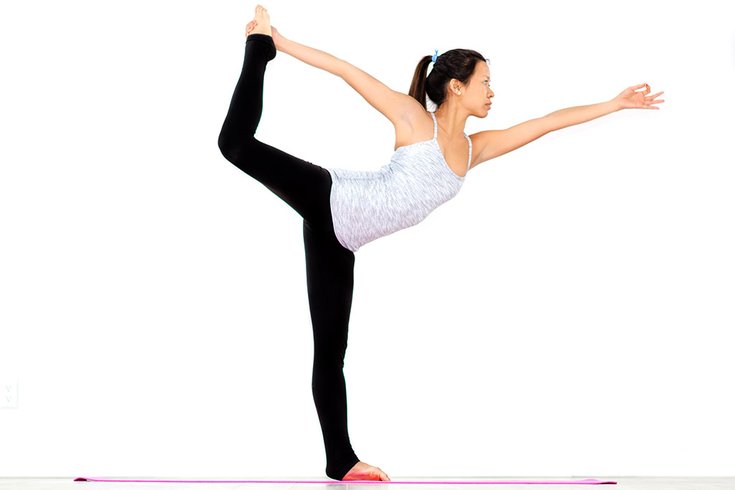 Just because you work out regularly doesn’t mean that you’re immune to the dangers of our modern lifestyle. Even as you’re reading this, you’re probably craning your neck forward with phone in hand or slouched over at your desktop computer. Most of our days are spent engaging with technology, so logging in an hour or two of intense activity isn’t enough to undo the damage of poor posture. We have to change how we hold ourselves throughout the day.

On Sunday, Hot Yoga Philadelphia will host a non-heated class called “Liberating the Modern Physique.” Taught by yoga instructor Chris Fluck, it will teach stretches, exercises and tips to maintain proper alignment as we’re driving to work, sitting at the office and even standing in line scrolling on our phones.

“We’re not using the body as it was intended,” Fluck says. “It’s changing people’s postures.”

And if anyone is hypervigilant of people’s postures, it’s a yoga instructor. Fluck describes how students in his classes now struggle with standing in a way they didn’t before the popularity of smartphones.

“I never had to explain to anyone how to rotate their shoulder until eight or nine years ago. It’s when everyone started using their phone,” he says. “They can’t rotate their palm out to the side without being taught. And kids are prematurely starting to get that hunchback position.”

And going to yoga an hour or two a week isn’t enough to save our posture, Fluck admits.

Attendees can expect a lot of lecture to accompany each exercise.

“You gotta have people understand why,” Fluck says. “They’re not thinking about this. They’re not thinking — why am I getting pain now? Why do my shoulders hurt? Someone who doesn’t do this for a living doesn’t recognize it. It’s not their job. But the knowledge from these exercises will really help.”

“Liberating the Modern Physique” will take place from 9 to 11 a.m. on Sunday, November 4 at Hot Yoga Philadelphia, at 1520 Sansom St. in Center City. It costs $30 to attend. You can register here.