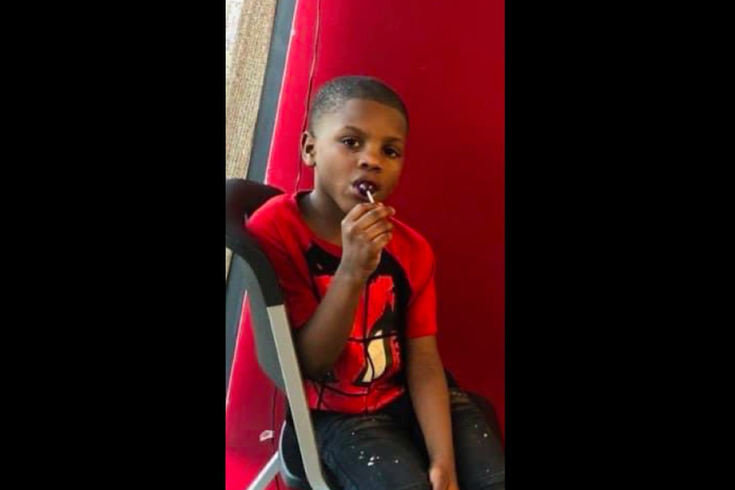 Zamar Jones, 7, was shot in the head while playing on his porch on the 200 block of North Simpson Street in West Philadelphia on August 1, 2020.

Philadelphia police have made an arrest in the fatal shooting of Zamar Jones, the seven-year-old boy who was struck in the head during a drive-by incident on Saturday night.

Jones, who had been fighting for his life at the Children's Hospital of Philadelphia, was pronounced dead late Monday afternoon, the Philadelphia District Attorney's Office confirmed.

Jones was playing with toys on his porch on the 200 block of North Simpson Street around 7:40 p.m. when a gunman opened fire from a blue Chevy Silverado, according to investigators. There was a group of people standing outside a nearby residence, but Jones was the only victim.

Last night, Zamar Jones, 7, was shot in the head while playing with toys on his porch on the 200 Block of N. Simpson St. His life matters. Two men are wanted for shooting him. Turn them in! pic.twitter.com/hINihLEq32

As the Silverado fled the scene of the shooting, police said two other men began firing at the vehicle, causing it to crash into a GMC Yukon. The driver of the Silverado then took possession of the Yukon and fled eastbound on Race Street.

Authorities later found the Yukon abandoned on 64th and Race streets. Linder was arrested when he returned to retrieve the Silverado.

Police also are seeking two other alleged shooters who fled the scene in a maroon Ford Taurus, which was recovered on the 200 block of North 64th Street.

The incident marks the latest shooting in a surge of gun violence that has put Philadelphia on pace for its most deadly year in recent memory. Homicides are up 34% compared to the same point of 2019.

We are heartbroken by the tragedy that occurred this evening on the 200 block of Simpson Street. An innocent eight-year-old was struck by gunfire and is in grave condition. Although an individual has been taken into custody, that does not diminish the impact this senseless act has on the child, his family, and the entire community. Criminal acts such as this have no place in our communities, and we are committed to securing justice and promoting healing for all who are affected. While every act of gun violence is lamentable, it is especially tragic when the victim is among our most vulnerable; and it is our collective responsibility – police, and community – to ensure that our children are safe and well-protected. Our thoughts and prayers go out to the precious child and his family.

“I join Philadelphians across the city in expressing sadness and outrage that senseless gun violence has once again caused grievous injury to a child," Krasner said. "Every kid deserves to live free of violence, harm, or fear. All children deserve an opportunity to develop and grow into healthy, happy adults. As long as our communities are flooded with firearms, and as long as the conditions exist that spur people to pick them up with little care for their futures, these tragedies will occur."

Anyone with information about the shooting is asked to contact Philadelphia police at (215) 686-8477.