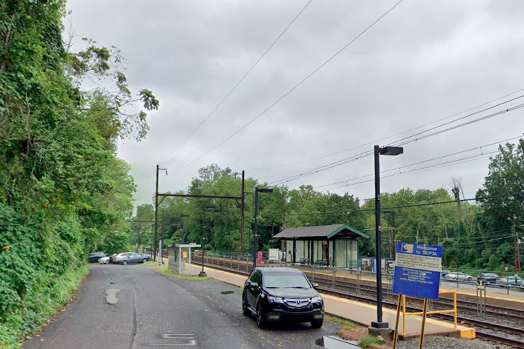 Gilbert Norton III, of Philadelphia, has been charged in the fatal stabbing of 18-year-old Morgan McCaffery on Monday, July 27, 2020, at SEPTA's Meadowbrook Station in Abington Township.

An 18-year-old man has been charged with murder and related offenses in the stabbing of his ex-girlfriend Monday morning at SEPTA's Meadowbrook station, prosecutors said.

Gilbert Newton III, of Philadelphia, was arrested after the body of 18-year-old Morgan McCaffery was found in the parking lot of the station in Abington Township. Montgomery County Coroner Dr. Ian Hood said McCaffery died of more than 30 stab and slash wounds to her neck and stomach. Her car was left running in the parking lot.

A witness at the scene described a white Jeep fleeing the station around the time of the incident at 8:15 a.m.

At around 10 a.m., police found the Jeep Patriot at a residence in Philadelphia, where a 911 call had been placed. Newton, who was with his mother, allegedly had blood on his clothing and injuries to his hands requiring medical attention. The Jeep had visible blood stains, according to a criminal complaint.

McCaffery had told a close friend that Newton was allegedly abusive during the relationship and had threatened her in the past, prosecutors said.

A GoFundMe page to support McCaffery's family says she was a recent graduate of Nazareth Academy High School and was planning to attend Manor College.

"A young woman with her whole life ahead of her, just graduated from high school, was brutally stabbed to death," Montgomery County District Attorney Kevin Steele said. "This murder is a tragedy for her family, her friends and everyone who loved her. Sadly, we are seeing relationship violence and domestic violence far too often during this pandemic."

Newton is charged with first-degree murder, third-degree murder and possessing an instrument of crime. He is being held at the Montgomery County Correctional Facility ahead of a preliminary hearing on Aug. 4. 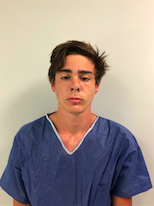 In April, the Montgomery County District Attorney's Office released statistics showing a 9% increase in reports of domestic violence incidents in the weeks following the start of the coronavirus pandemic.