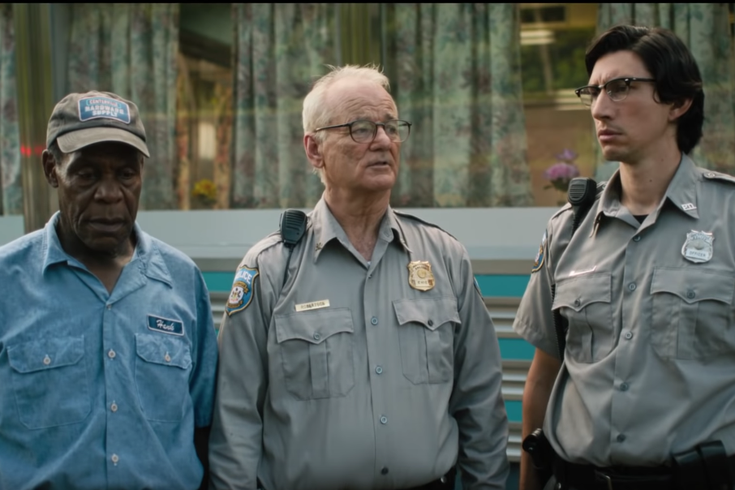 "The Dead Don't Die" will hit theaters on June 14.

The film was written and directed by Jarmusch, known for "Coffee and Cigarettes" and “Broken Flowers.” With its ‘60s b-film vibe and added humor, the trailer sports the “greatest zombie cast ever dissembled.”

This start-studded cast has everyone from Chloe Sevigny to RZA. Tilda Swinton plays a mortician as we see appearances from Iggy Pop, Carol Kane, Tom Waits, Steven Buscemi, Selena Gomez and Danny Glover.

The trailer first introduces the zombies as they walk towards a diner closing down for the night. But, naturally, because they're zombies, they attack the waitresses asking them kindly to leave. When the cops, played by Murray, Driver, and Sevigny, arrive on the bloody scene the following day, they suspect wild animals, but when Murray asks Driver what he thinks he says point blankly, “I’m thinking zombies. You know, the undead. Ghouls.”

But these zombies aren’t your regular zombies. These undead try to live their old, normal lives by resuming whatever it was they enjoyed previously, like playing tennis or drinking coffee. As a series of things go wrong and with zombies taking over in the small town of Centerville, Driver nonchalantly notes, “Oh man, this isn't going to end well."