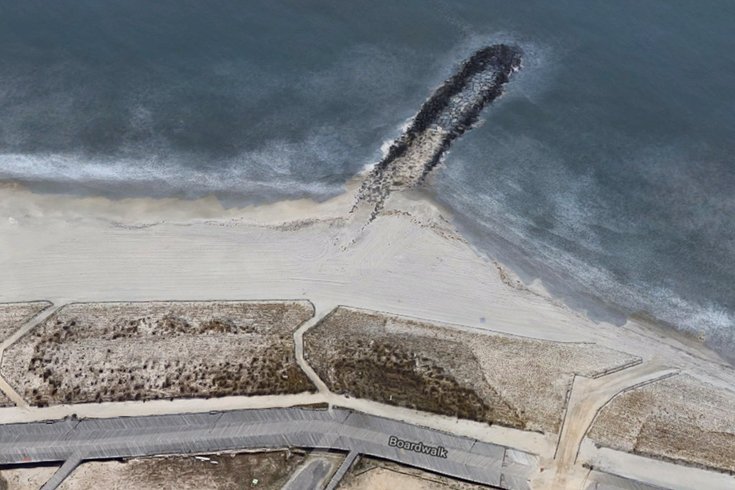 The jetty off the beach at the Boardwalk and Vermont Street in Atlantic City.

A Philadelphia man who slipped and fell off a jetty in Atlantic City was rescued Sunday by an off-duty sheriff's officer from Atlantic County.

Officer David Nguyen, a 13-year veteran of the force, was visiting Atlantic City about 2 p.m. Sunday when he saw the unidentified man fall off the Vermont Avenue jetty, breakingac.com reported.

The officer and another man, identified only as a Mr. Ramon, ran to the end of the jetty to search for the victim, the web site reported. They eventually saw the victim lying motionless in the water and pulled him out with assistance from Nguyen's son.

All the men were helped off the jetty by lifeguards with the Atlantic City Beach Patrol, and the man regained consciousness and was taken for treatment at the AtlantiCare Regional Medical Center’s City Campus, authorities told breakingac.com