Top 10 seafood offerings sure to make your mouth water 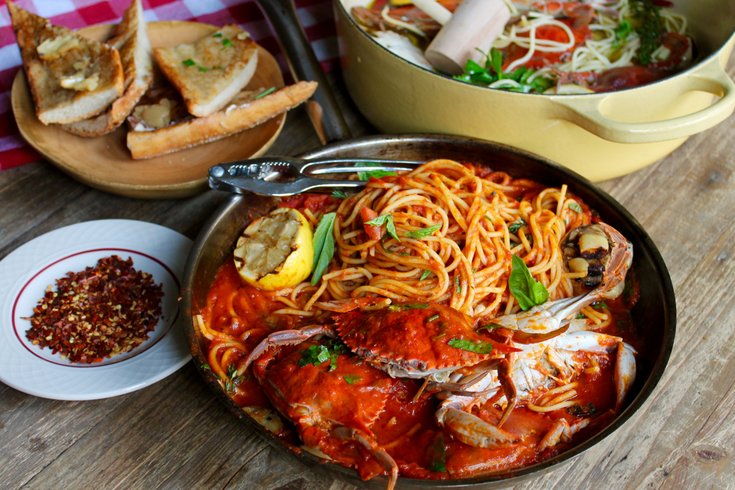 With all due sympathy for those whose allergies preclude them from eating it, seafood is very good. Some might even say it’s delicious.

However, some seafood is better than other seafood or delicious-er, if you will.

What follows is a definitive list of those top-shelf seafood offerings.

In some cases, the restaurant at which you can procure said dishes is provided. In others, the food in and of itself is superior to other offerings.

We are limiting it to the 10 best seafood offerings, but will include an honorable mention for that which barely missed the cut. (No, the Filet-O-Fish does not qualify. C’mon.)

Before we get to the rankings, some points of order.

Mussels and sushi miss the cut. This, because mussels aren’t as good as the offerings below, and sushi is for avocado toast-chomping millenniapsters who won't shut up about "Game of Thrones" or Bon Iver.

Also, tilapia is not a fish. It's some sort of hybrid that'll send Alex Jones on a tirade. That's as real as talk gets.

Disagree? That’s fine. Feel free to tell us why. However, as stated above, this is a definitive list. As such, it is indisputable and binding.

Honorable mention: Fried clam roll and snapper turtle soup at the Oyster House. Grouper from Florida. Cape May salt oysters. A variety of items on the menu at Mustache Bill’s Diner in Barnegat Light. Clam Chowder at Kubel’s on LBI. Crab/lobster/shrimp pasta with rose sauce at Ristorante Pesto. Tuna steak with mango salsa.

10. Fish and chips. This is an old standard and available at many non-seafood restaurants. It’s next-gen cousin, fish tacos, is slowly approaching this level of accessibility and acceptability.

9. Littleneck steamers. I’ve been told that Smitty’s Clam Bar in Somers Point is a wonderful place to procure such delicacies.

7. Flounder, preferably fried or – as I learned over the years – caught near the bridge spanning Townsend’s Inlet, filleted and cooked within an hour.

6. Scallops. Pan-seared. Wrapped in bacon. Served on a skewer. Yum.

5. Lobster on the grill with drawn butter. If you’re not game for do-it-yourself-ing, though, Red’s Lobster Pot in Point Pleasant is among a slew of places that will do the work for you. Related: the Lobster Mac and Cheese at Dock’s Oyster House in Atlantic City.

4. Calamari. The mozzarella sticks of the sea’s appetizer world.

3. Jumbo Shrimp. I hear the pick-and-peel version at The Bonney Read in Asbury Park and the hot and spicy shrimp at Mr. Shrimp in Belmar is quite good.

2. Alaskan King Crab Legs. You can waste your time sucking meat out of tinier crabs. Whatever. You do you. More bawse servings for me, then.

1. Clams Casino. Some may call it an appetizer. I call it something I'll clean a tray off at a wedding reception and then demand more. Clams Casino is the G.O.A.T. of the sea.