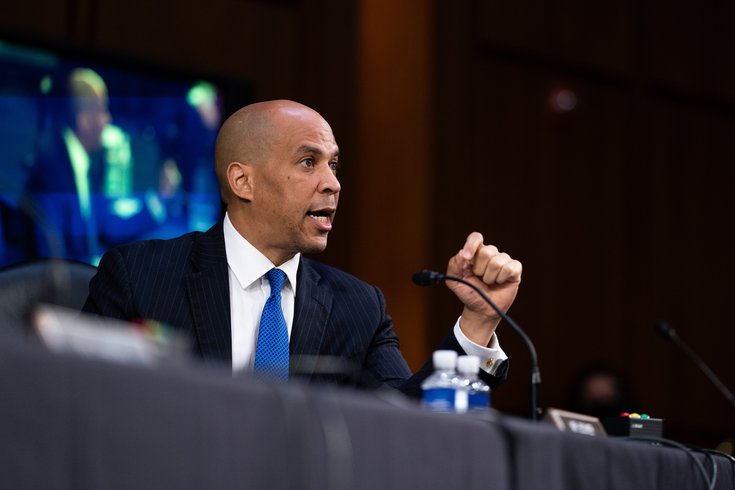 Sen. Cory Booker of New Jersey will be heading back to the U.S. Senate for a second full term after he defended his seat against Republican challenger Rik Mehta in Tuesday's election.

The Associated Press immediately called the race after polls closed at 8 p.m. Election results are considered unofficial until certified by state election officials. By early Wednesday morning, the incumbent Booker had received 61.09% of votes to Mehta's 37.34% with just lest than half of New Jersey's precincts reporting.

Booker has served in the U.S. Senate since 2013 when he became the first Black man to be elected senator in New Jersey.

The junior New Jersey senator won the seat in special election following the death of Sen. Frank Lautenberg. Booker was re-elected to his first full-term in 2014.

The 51-year-old Booker was among the large field of Democrats seeking the party's presidential nomination during the primaries last year, but he ended his candidacy in January due to a lack of finances.

Booker currently sits on the judiciary, foreign relations, environment, public works and small business committees. His tenure has been highlighted by efforts to address racial and economic inequality, reform the criminal justice system, and incentivize urban renewal through the creation of Opportunity Zones.

In recent years, Booker has pushed for the legalization of marijuana and been a vocal opponent to President Donald Trump on issues ranging from immigration to race relations.

His Republican opponent Mehta emerged atop a pack of five candidates to win New Jersey’s Republican Senate primary by five points in June.

Mehta was a biotech entrepreneur, and he is an attorney and licensed pharmacist. He studied pharmacy at Rutgers University and the University of Arkansas, and his law degree is from Rutgers. In addition to his work in the private sector, Mehta has worked for the U.S. Food and Drug Administration as a consumer safety officer.

Had he been elected to the Senate, Mehta said he would have focused on lowering the cost of health care and bringing more medical manufacturing jobs to New Jersey. He also wanted to grow small businesses, cut regulations, and enact a balanced budget.

Mehta is a first-generation American who opposes sanctuary cities and calls himself a defender of the Constitution. He lives in Morris County with his wife Reema and their three sons.

Polls had showed Booker was heavily-favored to win re-election, including one published by Emerson College last month that had the Democrat holding a 24-point lead.

New Jersey’s general election was primarily conducted via vote-by-mail ballots due to the ongoing COVID-19 pandemic.