The winner will face incumbent Democrat Cory Booker in November 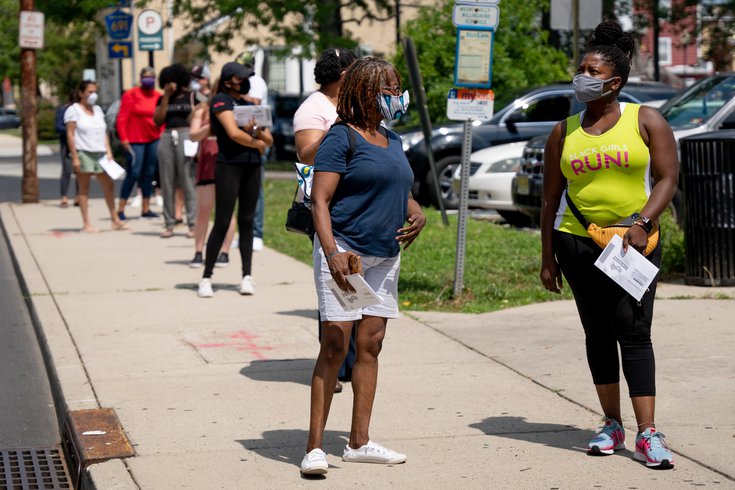 Rikin Mehta emerged from a pack of five candidates to win the Republican primary for New Jersey's U.S. Senate seat. Above, voters wait to drop off their ballots at the Burlington County Election Board office in Mount Holly on Tuesday, July 7, 2020.

Rikin Mehta emerged from a pack of five candidates to win the Republican primary for New Jersey's U.S. Senate seat.

The Associated Press declared Mehta the victor on Friday after securing 39.5% of the vote with over 55% of precincts having reported results. He beat out fellow GOP candidate Hirsh Singh by five points for the right to run against Democratic Sen. Cory Booker in November.

Mehta has a background in biotech. He's also a licensed attorney, pharmacist, health care policy expert, and innovator. Mehta said that, if elected to the Senate, he would focus on lowering the cost of health care and bringing more medical manufacturing jobs to New Jersey. He also wants to grow small businesses, cut regulations, and enact a balanced budget.

Booker, who is seeking his second full-term in the U.S. Senate after being elected in 2014,  defeated Lawrence Hamm in the Democratic primary on Tuesday.

Booker was first elected to the U.S. Senate in 2013 in a special election following the death of long-time Democratic U.S. Senator Frank Lautenberg. The former Democratic presidential candidate is heavily-favored to win re-election this November.

New Jersey's 2020 primary was predominantly conducted via vote-by-mail due to the COVID-19 pandemic.

The primary was originally scheduled to take place on June 2, but was pushed back due to the ongoing coronavirus crisis across the state.