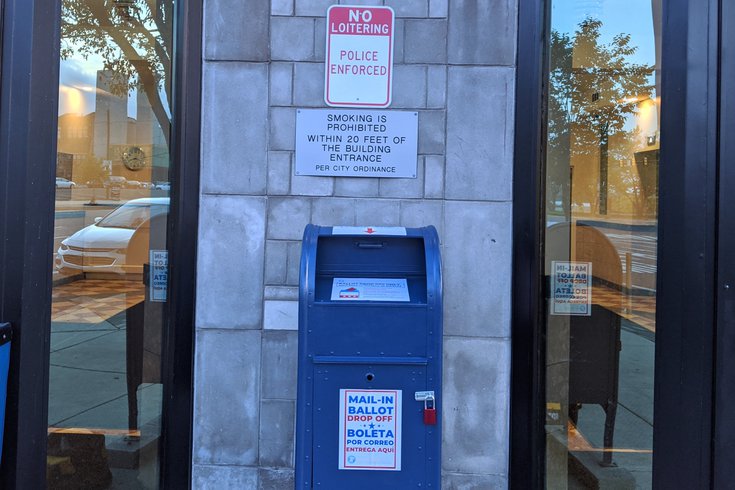 President Donald Trump's reelection campaign claims in a lawsuit that unmonitored mail-in voting 'is the single greatest threat to free and fair elections.'

Pennsylvania implemented ballot drop boxes ahead of the June 2 primary to encourage voters to participate in the election amid the COVID-19 pandemic. Voters could drop off their ballots at a variety of locations, including shopping malls, retirement homes and college campuses.

The lawsuit alleges the procedure extended beyond the scope of a new law, which allowed any citizen to vote by mail without providing a reason.

The lawsuit, filed in the U.S. District Court for the Western District of Pennsylvania, also lists the Republican National Committee and four Pennsylvania congressmen as plaintiffs. They accuse Democrats of "consistently trying to cheat and manipulate election rules to undermine safeguards and security around the November election."

Pennsylvania Secretary of State Kathy Boockvar, a Democrat, and all 67 county election boards are listed as defendants. The Trump campaign accuses them of removing the verification and transparency of elections.

"Defendants have inexplicably chosen a path that jeopardizes election security and will lead — and has already led — to the disenfranchisement of voters, questions about the accuracy of election results, and ultimately chaos heading into the upcoming November 3, 2020 General Election," the lawsuit reads.

The Trump campaign is asking the court to ban ballot drop boxes ahead of the presidential election, which will pit Trump against presumptive Democratic nominee Joe Biden.

The Pennsylvania Democratic Party shot back at the Trump campaign, calling the lawsuit an attempt to suppress voter turnout.

"Donald Trump and Washington Republicans are trying to suppress the voices of Pennsylvanians because they know the easier it is for everyday people to vote, the more likely it is that they will lose," Executive Director Sincere Harris said.

State officials adopted the ballot drop boxes because they feared delays caused by the volume of people requesting mail-in ballots during the pandemic. They argued the boxes would speed up the counting process by skipping the days-long mailing period and instead having ballots delivered directly to county officials.

Voters were only permitted to drop off their own ballots. They did not have to show ID to return their mail-in ballots.

Trump won Pennsylvania by less than 1% in the 2016 presidential election.