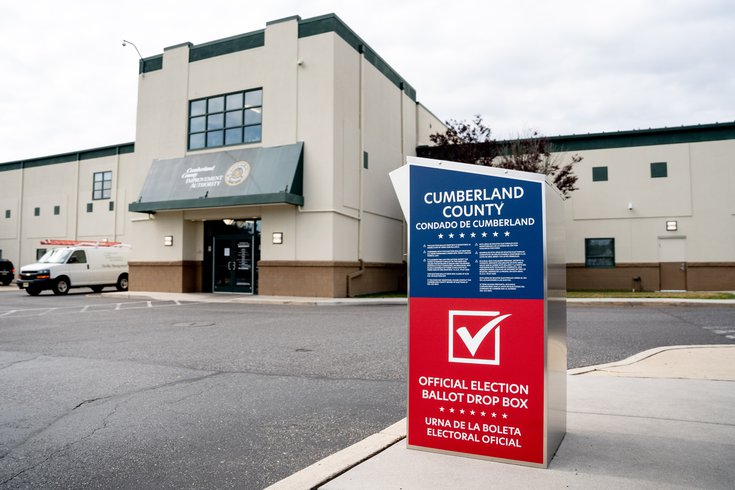 New Jersey residents voted primarily by mail-in ballots during Tuesday's primary election because of the COVID-19 pandemic. Many ballots were deposited in drop boxes like this one in Vineland, Cumberland County.

In his first election since joining the GOP this past December, U.S. Rep. Jeff Van Drew was victorious in the Republican primary for New Jersey's 2nd Congressional District on Tuesday.

The Associated Press called the victory for the incumbent congressmen over his challenger, longtime Republican Bob Patterson. With over 36% of precincts reporting results, Van Drew had received more than 81% of the vote.

Van Drew will move on to November's general election, where he will face off against Democratic primary winner Amy Kennedy. Kennedy was one of five candidates in that primary.

Van Drew is seeking a second term representing New Jersey’s 2nd Congressional District after getting elected as a Democrat and flipping the district from Republican-control in 2018. Retired Rep. Frank LoBiondo, a Republican who did not seek re-election, had represented the eight-county district since 1995.

Van Drew joined Congress after serving in the New Jersey state legislature from 2002-2019 as a Democrat. Near the conclusion of his first year in Washington, D.C., he announced that he would join the Republican Party after voting against the impeachment of President Donald Trump in December.

Van Drew, who has received Trump’s endorsement for his re-election bid, has said that his top priority in Congress is to continue bringing economic opportunities and jobs to South Jersey. His platform also calls for reform to America’s tax and healthcare systems, as well as supporting trade policies that help the economy of South Jersey, according to his campaign website.

Van Drew has also pushed for more bipartisanship in Congress, and in addition to the president, Van Drew has received the endorsement from the GOP executive committees of each county that is part of the U.S. House's 2nd District.

Patterson has never served in public office, but he was a senior speechwriter in George W. Bush’s administration and vice president for government relations at the U.S. Business and Industry Council.

He has also worked as acting associate commissioner at the Social Security Administration during Trump’s presidency and as a college political science professor.

Patterson ran for Congress in 2016 in New Jersey’s 1st Congressional District, but he was defeated by Democratic Rep. Donald Norcross.

Citing his lifelong conservative roots and work within the Trump administration, Patterson had said that he was the only real pro-Trump Republican candidate in the 2nd District race.

He had been critical of Van Drew’s pro-choice voting record and decades-long political career as a Democrat, as well as his opponent's votes against funding Trump’s border wall and repealing the Affordable Care Act. Patterson also has described Van Drew as being the most liberal member of the Republican caucus in Congress.

Patterson, who has been endorsed by NJ Right to Life PAC, was focused on protecting American jobs, bringing more manufacturing jobs to South Jersey, supporting trade deals that are friendly to the region, and securing the U.S. border, according to his campaign website. 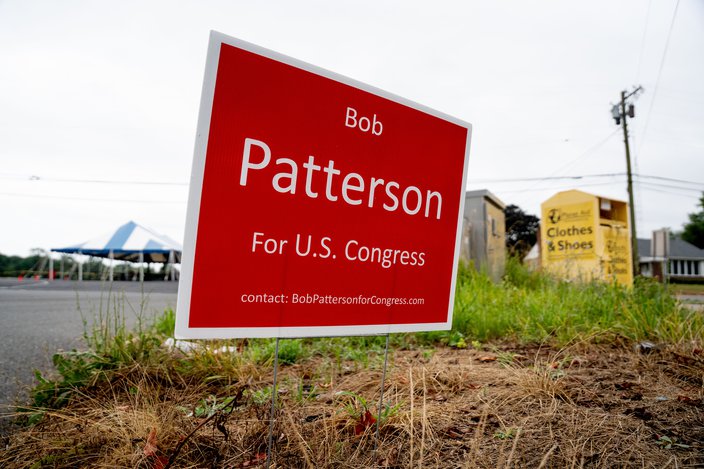 A sign for Bob Patterson, a Republican running for the U.S. House's 2nd District in Tuesday's primary election, is seen in Cumberland County. Patterson is challenging incumbent Rep. Jeff Van Drew, who switched his party affiliation from Democrat to Republican in late 2019.

New Jersey’s 2020 primary was predominantly conducted via vote-by-mail due to the COVID-19 pandemic.

The primary was originally scheduled to take place on June 2, but was pushed back due to the ongoing coronavirus crisis across the state.