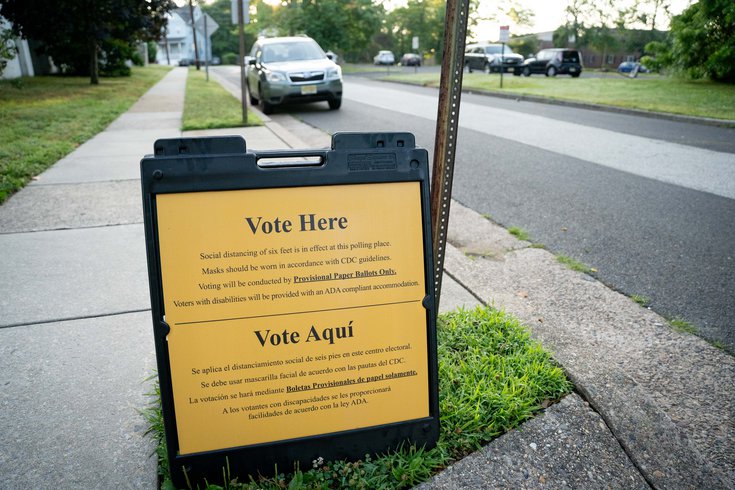 In New Jersey's 2020 primary election on Tuesday, a full slate of Democratic candidates battled for the chance to reclaim the Congressional seat their party lost last year in a stunning turn of political drama.

Amy Kennedy, the Brigantine mother of five, has come out on top in the 2nd District after Brigid Callahan Harrison conceded the race on Tuesday night. The Associated Press also called the election for Kennedy.

Freshman incumbent U.S. Rep. Jeff Van Drew bitterly scorned the Democratic party last December when he pledged his "undying loyalty" to President Donald Trump. Van Drew had won the South Jersey seat as a Democrat in 2018, but joined the Republican party after voting against formalizing an impeachment inquiry against the president.

Leading the Democratic primary field on Tuesday were Kennedy, Callahan Harrison and Will Cunningham, who previously lost the 2018 primary to Van Drew.

In the lead-up to Tuesday's primary, Kennedy vowed to shake-up longstanding politics in the region. She received the endorsement of New Jersey Gov. Phil Murphy and positioned herself as an advocate for affordable health care, lower drug prices and relief from the economic crisis of the coronavirus pandemic.

Other features of Kennedy's platform include expanding mental health services, protecting the Jersey Shore from the effects of climate change and directing relief and employment opportunities to struggling South Jersey residents.

With broad support from labor organizations and progressive groups, Callahan Harrison was seen as the pick of an establishment that has shaped the Democratic party's political landscape in New Jersey for a generation.

She conceded the race in a statement on Tuesday night.

Brigid Harrison concedes and calls for the Democratic Party to unite behind Amy Kennedy in her race against Jeff Van Drew https://t.co/tc3C2ahEG7

Norcross released a statement acknowledging Kennedy's primary win and pledging to work with her.

"Congratulations to Amy Kennedy, who has won a strong victory in today’s primary," said Norcross. "As I said months ago, I look forward to supporting the Democratic nominee in the general election. It is important that we retake the Second Congressional seat and  continue to advance a pro-worker, pro-reform, and pro-civil justice agenda in Washington, DC."

Cunningham, a progressive with experience on Capitol Hill, previously finished a distant third behind Van Drew in the 2018 Democratic primary for this U.S. House seat. 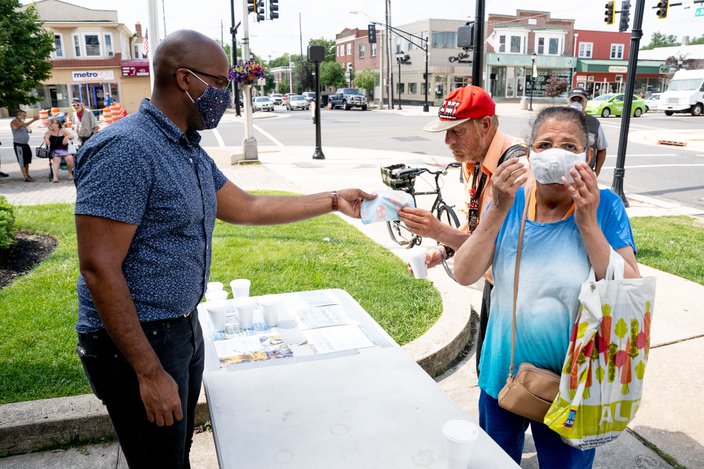 An openly gay Black man, Cunningham is a graduate of Brown University who formerly worked for Sen. Cory Booker and on the Oversight and Government Reform Committee in Washington, D.C. The son of a single mother in Vineland, Cunningham campaigned against special interests and urged greater support for front line workers during the COVID-19 crisis.

Also on the ballot were John Francis III, commissioner of West Cape May, and moderate Robert Turkavage, a former FBI agent who previously sought to run in the 2nd District as a Republican in 2018.

Francis III's campaign focused on environmental and economic justice, including a living wage and access to affordable health care and quality education in South Jersey.

Turkavage campaigned on a platform of enhanced national security and cybersecurity, tax reform and improved services for veterans.