Villanova selected as a No. 2 seed in the NCAA Tournament 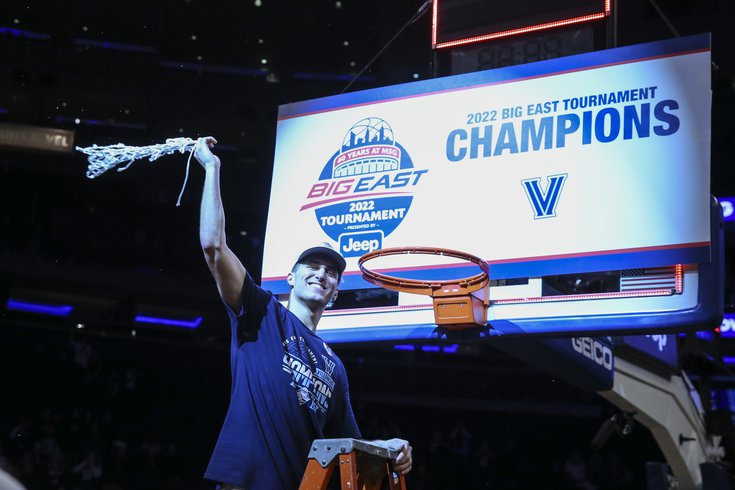 Following yet another Big East tournament win, the fifth during Jay Wright's time at Villanova, the Wildcats are heading to the big dance.

Villanova will be the No. 2 seed in the South region of the 2022 NCAA Division I Men's Basketball Tournament. Their first game tips off on Friday, March 18. They'll face the No. 15 seed Delaware Blue Hens in Pittsburgh. Keeping the Big 5 connections strong, junior guard Jameer Nelson Jr., son of the legendary St. Joe's player, is the leading scorer for Delaware with 13.7 points per game.

Villanova opens up as an early 17-point favorite, per DraftKings.

The Wildcats are 10-2 since the start of February including a current five-game winning streak. In the Big East Tournament, senior guard and Archbishop Wood graduate Collin Gillespie was a flamethrower from deep, knocking down some huge shots that have Nova Nation hoping for the school's third national championship in the last seven years:

Gillespie is the team's leading scorer, averaging 15.9 points per game while making 42.2 percent of his threes on a whopping 7.0 attempts per game.

Sharing a region with Arizona, Illinois, Houston and Tennessee, among others, the Wildcats received a tough draw. They're banking on knocking off some legit squads if they want to make their way to another big March run.