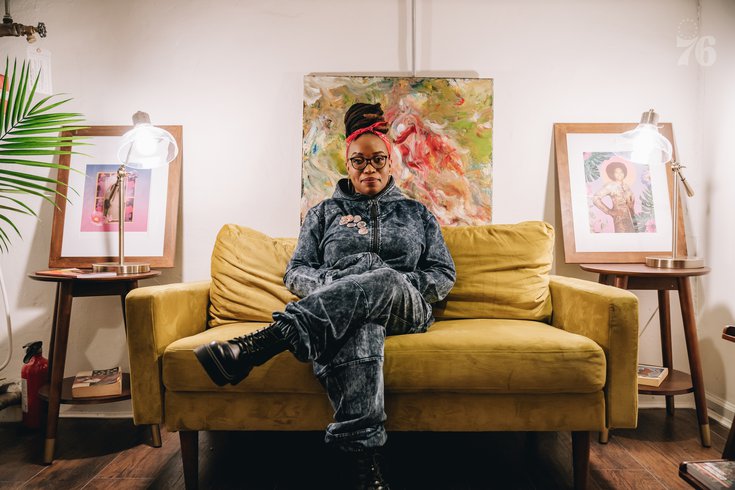 The Sixers open their season on Wednesday night against the Wizards but unlike past seasons, there won't be any fans in attendance at the Wells Fargo Center. It's shifted the way the organization approaches game days, presented new challenges, and helped them discover new ways to give back to the community. And their schedule release is a prime example of how the team can use its standing in the community to directly benefit those in the area, specifically the small businesses who have been hit hardest during the COVID-10 pandemic.

According to a recent story in The New York Times, over 110,000 restaurants nationally have already permanently closed as a result of business lost since lockdowns and capacity limitations were first put in place nearly eight months ago. And that number is expected to increase dramatically unless the government intervenes.

So, what exactly does the Sixers schedule have to do with helping local small businesses?

Well, if you've watched the team's schedule release video, you might have noticed that the actual schedule seemed to be secondary to the business owners from around the area who were featured throughout the nearly two-and-a-half minute video. There was no list of games (although if you looked closely there were a few key dates mentioned). There was no dramatic pump-up music in the background. No mention of new head coach Doc Rivers or front office head Daryl Morey. There weren't even any shots of the Sixers players.

Instead, the entire video was dedicated to several local small businesses.

The city of Brotherly Love is open for business.

That wasn't by accident, according to Sixers president Chris Heck.

With the world mired in a pandemic that was still getting worse by the day, the team had a bit of a dilemma on their hands. They couldn't really show fans celebrating in the stands while simultaneously announcing a slate at games at which there would likely be no fans in attendance. They also had a incredibly short runway to get something done, with the NBA giving the team less than a week's notice before the schedule was to be released. Typically, there's much more advanced noticed, but that was obviously not the case this year.

"So, the thought was, when we get this official we typically announce it in a fun way with our fans, and you know this year is so different, so we decided to do a couple of things differently," said Heck. "One, our season ticket holders, we wrote them a letter to try to clarify what the league was envisioning for the first half [of the season] and what that meant to them.

"And then two, on social media, we usually just announce the whole schedule and that's it. Well, because this year is so unique — there's a gentleman on staff that runs our content [Sean Spencer] and he came up with this idea. He's' like, what if we actually announced this through the small businesses in the Philadelphia area."

That's exactly what the Sixers did. As you can see, they did an excellent job of incorporating a few off their big games seamlessly into the business. Blink and you might have missed them.

We've collaborated with local businesses to announce our 2020-21 schedule.

But the schedule release video was only the beginning.

"That thought spurred into a bigger program, and everybody was just so excited about it — and we still are. Now, we're ready to roll out this program," Heck said. "Every single game day — we have about five million followers on social media — so on our social media platforms on every game day, we're going to celebrate and give the opportunity for a local small business to talk to our fans."

Each game throughout the season, and potentially beyond depending on how things go, the Sixers will feature a local small business on their social media platforms, allowing the owners and operators of those business the opportunity to connect with millions of potential customers. More importantly, it will be a reminder that these places are still open, working for you, and in many cases are dependent on your business to stay afloat as COVID bailouts have failed to save many of them, especially in the restaurant industry.

The businesses selected will either film their own introduction video with a few key elements that fans need to know — or the Sixers will send out their own video crew to film it for them.

"They get to announce the game, what the tune-in is (both on television and radio) and then they also get to announce what uniform we're wearing that night, so we'll keep a little element of surprise," Heck continued. "The hope is that our fans — we're all fans of Philadelphia and we're all fans of small business, and the idea would be that no one is coming to our games right now, but they certainly can help out these small business and they can promote themselves as they see fit." 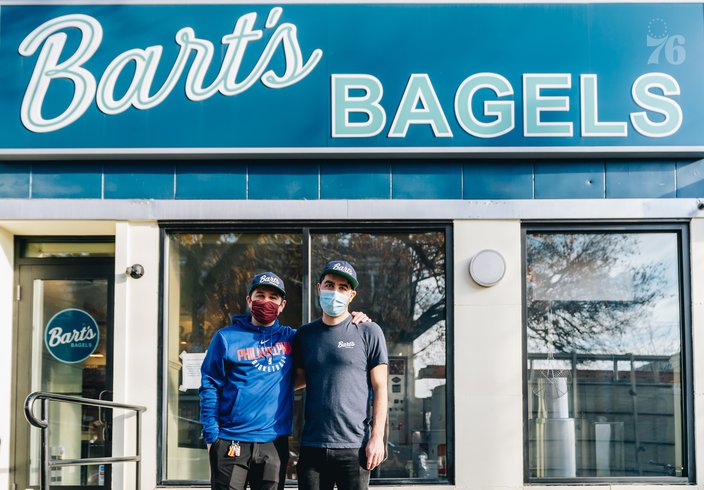 So, each game day, the Sixers will use their massive following on Twitter, Instagram and Facebook to provide what amounts to free advertising for small business that need it now more than ever. With over six million combined followers on social media, that real estate has to be worth quite a bit, right?

"I hope it's worth a lot. And I hope it means that people will actually go and help these small businesses out," said Heck, who came under fire last month with his "New Philadelphia" comments in an interview with UniWatch.com. "I think it's very much a common wave of support for all fans and for all people in the area, so this just gives a chance for local business owners to highlight their product and what they're offering."

But what about the businesses? How were they chosen? It wasn't a scientific study or any sort of big competition or search. After all, finding small businesses in need of help in 2020 isn't exactly hard to do.

"We kind of did it in layers," Heck said. "And the first layer was, 'Why don't we give everybody on staff 24 hours and if you have a neighborhood small business that you love, nominate them. And then if you have a friend of family member that also owns and/or operates a small business, nominate them.' And we literally had it filled up in 24 hours."

Some of the business that will be featured throughout the season include:

While all the businesses have been chosen for the first half of the season, there might still be a chance for other small businesses to join the program when the second-half schedule comes out.

"We don't know how we're going to do this for the second half of the season," he added, "but we hope we can continue it, but make it bigger and even better."

[UPDATE: Since the publishing of this story, the Sixers have launched a site to nominate your favorite local small business for future consideration.]

This is hardly the only way the Sixers are giving back to the community during the holidays. Their annual Season of Giving event has been going on for the last week and half and will continue this week as the team has partnered with others from the area, like GIANT, Snipes and Cooper Hospital to provide food, clothing and more to in-need families throughout the Philadelphia and South Jersey region.

But the Sixers are hoping this one is a little different, and can perhaps morph into something beyond just a feel-good holiday story. Even as despair turns to hope with the arrival of a vaccine, COVID-19 isn't going anywhere anytime soon. And even when it does, eventually, the economic impact is going to linger on for years, and the small businesses many of us rely on will continue to need help.

"This can go a lot of different directions, and I think it's such a no-brainer in the world that we're living in now that we need to dig a little bit deeper," Heck said. "You know, these small business owners, these are our fans and they are such a core component of the fabric of this community, and we don't want to lose that."