The animated series premieres next month 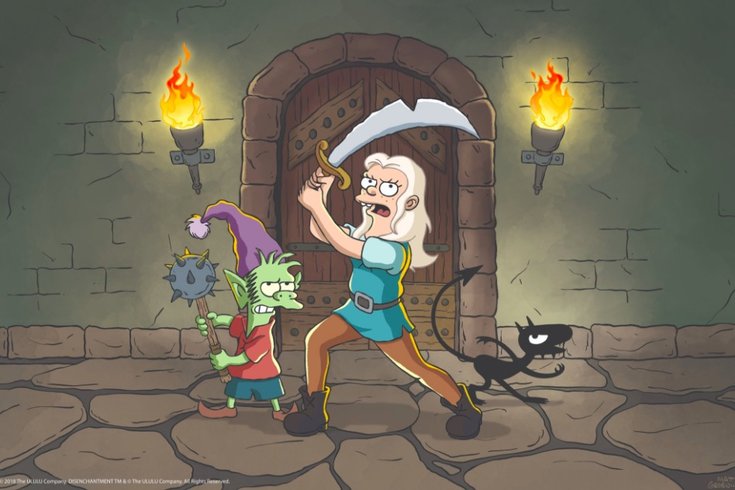 As the Aug. 17 premiere date approaches, Groening and Jacobson revealed more details on the concept to Entertainment Weekly, also offering some first-look images from the show.

Abbi Jacobson is thrilled to be the 'anti-stereotypical princess' in Matt Groening's Disenchantment https://t.co/fJzfgtesXj

Feast your eyes on this. Disenchantment is coming August 17. pic.twitter.com/swQvZdESJP

Jacobson describes her character as a princess "disenchanted with her situation," making friends with an elf and a demon to get out of her comfort zone and "get into adventures and trouble," Jacobson said.

"I really like the fact that she's an anti-stereotypical princess," Jacobson told EW.

“It’s so not what a usual princess story is—not that there’s anything wrong with that. But it’s a really strong female character, which I’m obviously excited to play.”

The new show coincides with Jacobson's work on the fifth and final season of "Broad City," which won't return to Comedy Central until 2019. She has a lot of other irons in the fire right now, too, working on a couple new developments with Comedy Central and a reboot of "A League of Their Own" for Amazon.

The sneak peak of "Disenchantment" coincides with San Diego Comic-Con, which kicks of today and lasts through the weekend. During the event, more details and an extended trailer are expected to emerge as Netflix hosts a "Disenchantment" panel with Groening on Saturday.