Adam McKay on Philly and his new movie "Vice"

A Q-and-A with the native born comedy director and co-creator of "Funny or Die." 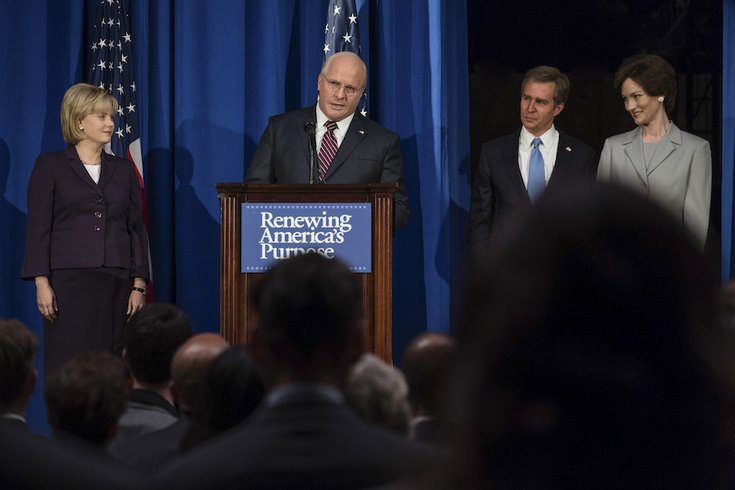 There’s the "Funny or Die" website that McKay shares with acting pal Will Ferrell (with whom he’s co-written and produced TV series and films) that acts as an incubator for broad comedy.

Yet, it was 2008’s "The Big Short," his snarky look at the meltdown of the world’s economy, that got McKay an Academy Award Best Picture nomination and his first Oscar for its script.

Now, the Philly-born McKay is back with "Vice," a black comic dissection of Dick Cheney, the man who went from “ne’er do well’ to corporate raider to a vice president with unprecedented power .

Along with "Vice" receiving the most Golden Globe nominations of any film this year – six, including Best Director, and one for Christian Bale’s physique-altering portrayal of Cheney – McKay stopped home this week to pick up the 3rd annual Lumiere Award from the Philadelphia Film Society and answer some media questions. Here's his interview with PhillyVoice: 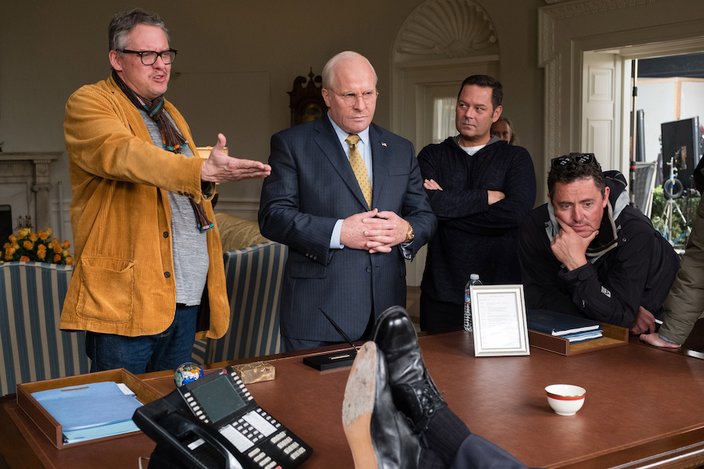 Q: To an audience overly enthused about Aquaman and the Avengers, films about the market collapse of 2008 and Dick Cheney might seem dry in comparison, even dull. Other than not making them boring, what is your job in making your films as captivating as an action-adventure?

A: (laughs). God bless Aquaman and those Avengers. Love ‘em, love ‘em, love ‘em. Sometimes though, the good stuff is not where you expect it; the craziest stuff is in the most shadowy of places. That’s where we’ve been with “Vice” and “The Big Short.”

Q: Where your job is concerned, is the majority of the dramatic tension in the writing or the directing?

A: We all know what biopics look like: dusty, serious, pensive. If you’re doing a biopic on Cheney, going at him that way doesn’t do him justice. The real story is much stranger and wilder. What we tried to do is play with the form… its expectations, because what he did with our government and world history is shocking. So we try to show it in a breathtaking and shocking way.

Q: “Vice” is psychedelic in a fashion. How do you believe you keep your biopic moving? So many die on the vine because they weigh heavily on the historical accounts and are inflexible,

A: I’m 50-years-old, and I can conservatively say that I have seen 110 biopics. They fell into a formula: tough upbringing, they discover something cool be it in the arts, science, sports, whatever, they succeed and show off how special they are, they have a bumpy road, they get through it better than ever. The end. What I’m saying is that there are weirder, more circuitous lives and Dick Cheney has one of those. He’s lived between the cracks and led a shadow empire out of the White House. You can’t tell his biopic like you would “The Buddy Holly Story.”

Q: Why tell his story now? What made it so you HAD to get it out? Did it have anything to do with the current administration, or did you have this planned before the 2016 Presidential election?

A: I had been fascinated with his life, and made strides to love on this film before 2016. I was turned on by the idea that this guy does not want his story told. You read his autobiography and it’s like looking at the instructions on how to put together a bassinet. The most boring thing ever. He doesn’t want the spotlight. He wants power. And I’m always wary of those guys. Donald Trump may have impact, and gets talked about, but I don’t really think he has any power. He’s in a constant state of neediness. Cheney? There is no neediness there, whatsoever. So having power was the start point. Then we just happened to have the world’s greatest actor onboard, who could go deeper on this guy than I ever imagined.

Q: It’s like Frankenstein and unnaturally testing the limits of power… or how far you could get with unlimited power. "Vice" is about the obsession with power, of absolute power corrupting absolutely.

A: No doubt about it. In "Vice," we use the unitary executive theory. That’s Cheney’s focus. The Dr. Frankenstein story prevails cracking lightning behind him. And yet things don’t go well for the doctor. With Cheney, he has never acknowledged that things didn’t go well. He’s still out there saying we pulled it off. Then again, when you’re a poker player like Cheney, that’s what you do.

Q: How much of what we see of Bale on screen is him, and how much is you and your suggestion?

A: It’s so many pieces that come together. He’s got his process, which is quite something to behold. Thorough like I’ve never seen. He’s going to figure the voice, the physical affects, and the psychological reason behind why they’re happening. He’s changing his body to fit – adding muscle to his neck, working with an Academy Award-winning makeup artist. Then once a week, I’m showing up at his house where we exchange books, ideas and back-and-forth. There are all sorts of plates spinning. Then we added a group of journalists to talk to Cheney’s people off-the-record to make sure what we were doing wasn’t nuts. Bale has a never-ending thirst for knowledge. But, so did Amy Adams and Sam Rockwell and Steve Carell. They’re no pikers either.

Q: Not that your comedies are traditional, and “Vice” is darkly comic a la “Dr. Strangelove,” but do you believe that, as time goes on, you’re moving from the strictly comic?

A: There is some stuff in “Vice” that’s pretty damn funny. I don’t think there needs to be a neither/nor, one or the other. Look at “Get Out” which blurs genres. I also believe that the world is in a weird undulating, ludicrous frightening place right now. So for filmmakers and artists not to take that into account would look silly. If I made films as if it was 2003, it would be sad and irrelevant. We’re just trying to figure what to do next, since we have this strange beast by the tail.

Q: So I can see that Bale is a Method actor, but do you see yourself as a Method director, having had your own heart attack, like Cheney, while you were in post?

A: (laughs) Man, oh man, having the heart attack that your main character keeps having… I know. More than Method acting. it was just me being a dummy, smoking cigarettes 20 years beyond the time that I should have quit. Nothing gets you to stop smoking faster than seeing the ceiling of an ambulance.

Q: Your Twitter handle is ‘Ghost Panther.’ What is the backstory there?

A: There is none. When I joined Twitter, all of the names related to mine were already taken, so I just picked the first random words that popped in my head. They mean nothing, but people always ask me.

Q: What’s going on with your daughter Pearl, the foul-mouthed child who pushed around Will Ferrell in your Funny or Die short, “The Landlord?" She’s a cultural touchstone, and I’m curious to see what she’s pursuing.

A: She’s a totally normal kid, 13-years-old. Lives in California, just started taking singing lessons – she has a really great voice. She’s happy as a clam. Is in 8th grade. And there’s nothing too crazy about her.

Q: Here you are in Philly, the city where you were born and raised. How did this city inspire what you would do as a filmmaker?

A: There’s no doubt that in my teen and college years, this is where I fell in love with movies. I used to work at the Ritz 5 as an usher and cleaning toilets, as well as way out on Rt. 30 at the Eric Twin Frazier. I took great film classes at Temple University. My friends and I here; all we did was go to movies and talk about movies. No doubt about it. This is where I learned it all – it was the 80s, and all media was exploding. I was a child of that, and it all happened for me in Philly.

“Vice” opens in theaters, locally and nationally, on December 25.