After finding $15,000 on road, 'Good Samaritan' turns money over to Upper Darby police 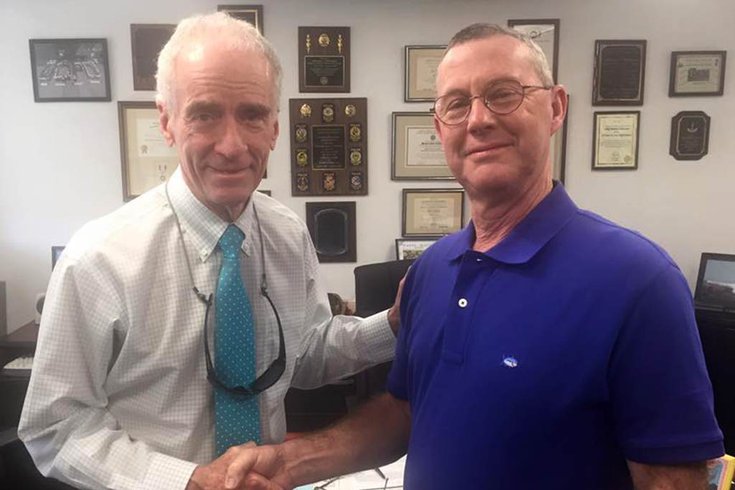 Upper Darby Police Superintendent Mike Chitwood is known for the colorful labels he regularly places on people arrested for various crimes. He's never shied from calling an alleged criminal a "thug" or "scum."

But he found good reason Tuesday to praise Robert Tracey, of Springfield, Delaware County, as a "Good Samaritan."

Tracey, a 61-year-old SEPTA employee, found $15,200 on the road and turned it in to police after driving home from work.

"He could have kept on going and no one would have known the difference," Chitwood said. "He said he would do it again if he found it again."

Tracey was driving from Norristown when he spotted a black bag near Burmont and State roads around midnight, Chitwood said. Thinking it might be a woman's handbag, Tracey made a U-turn and went back to retrieve it.

Tracey drove to Upper Darby's Community Policing Center at the Drexelbrook Shopping Center, but couldn't find any police officers, Chitwood said. So, he called 911 and an officer came to meet him. Tracey and police counted the money at the station – all $15,200 of it.

"That's a lot of money," Chitwood said. "There was no other identification."

Chitwood said police do not know the owner of the money. But he said they are withholding potential identifying information in case someone comes to claim the bag.

Chitwood said he is checking to see whether the money can be awarded to Tracey if no one claims the cash within a particular time frame.