Police to target aggressive drivers in Philly, suburbs this summer

Speed traps and other strategies will be used to cite motorists for speeding, tailgating and running red lights 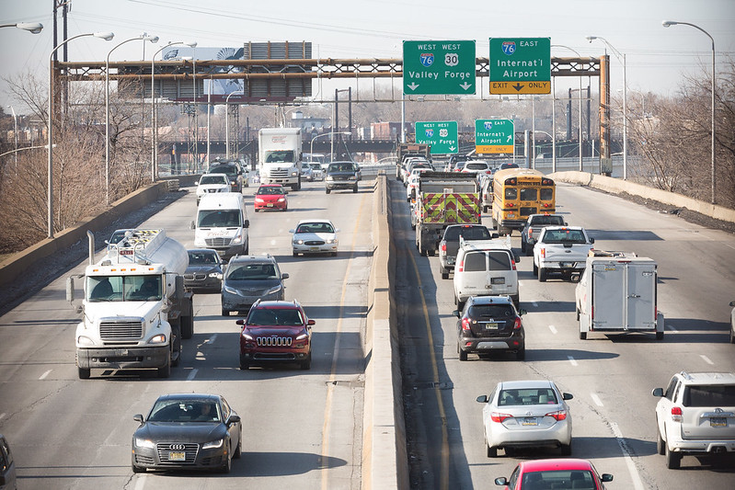 More than 80 police departments across Philadelphia and its suburbs will step up their enforcement of aggressive driving infractions this summer.

Police departments across Southeastern Pennsylvania are banding together this summer to clamp down on aggressive driving.

The Pennsylvania State Police and more than 80 municipal departments in Bucks, Chester, Delaware, Montgomery and Philadelphia counties will step up their enforcement through Aug. 21, according to the Pennsylvania Department of Transportation. The effort is aimed at reducing the number of fatalities and injuries caused by crashes.

Police will focus on citing drivers for speeding, tailgating and running red lights. Heavy truck violations will be targeted, too.

Police will use traffic enforcement zones, speed enforcement details and other multi-jurisdictional patrol strategies to identify aggressive drivers. Anyone stopped for unsafe driving will receive a ticket.

The effort is part of the Pennsylvania Highway Safety Program and funded in part through money PennDOT received from the National Highway Traffic Safety Administration.

PennDOT has some tips for people who encounter an aggressive driver on the road:

Road rage incidents often stem from stress, a lack of sleep, anger management issues or drivers who are under the influence of alcohol or other drugs.

They became more common during the COVID-19 pandemic due to a phenomenon called "social disengagement," which produces more careless and selfish behavior on the road, research shows. A lack of interpersonal contact weakens the stigma attached to breaking rules and may lead to more anger in the broader population.

"There's a portion of the population that is incredibly frustrated, enraged and some of that behavior shows up in their driving," Mark Hallenbeck, director of the Washington State Transportation Center at the University of Washington, told the New York Times in February. "We in our vehicles are given anonymity in this giant metal box around us, and we act out in ways that we wouldn't face to face."

Aggressive driving incidents often happen when people are impatient or in a rush, so one way to avoid them is to not block the passing lane if you're driving slower than most traffic on a given roadway, experts say.

In 2019, a study by GasBuddy found Philadelphia had the second-most aggressive drivers among the 30 largest urban areas in the United States. Los Angeles had the most.

Last week, King Hua, 54, was fatally shot in Springfield on his way to work last because a passenger in the car behind him purportedly thought he was driving too slow, police said.

Saddiq Washington, 22, was arrested at his home in Darby on Thursday and charged with third-degree murder and related offenses. He was in the car with his mother at the time of the shooting.