Welcome to the second installment of my weekly power rankings, which take a look at the biggest winners - and sometimes losers - in the sports world.

Here's a look at who is winning this week:

On Friday, it was announced that the NCAA reached a settlement with Penn State, avoiding a potentially ugly lawsuit for the institution that governs college athletics. As part of the deal, the Nittany Lions got back the 111 Joe Paterno wins that were vacated as part of ridiculously heavy-handed sanctions from the NCAA in the wake of the Jerry Sandusky scandal.

While that might not mean a whole in terms of on-field improvement, it's certainly a huge moral booster to all of Happy Valley. And not only was this a win for Penn Staters, it was also a win for those who stand opposed to NCAA President Mark Emmert's tyrannical reign over amateur athletics, as the deal was a clear admission that they overstepped their bounds in how they chose to punish the university.

There's been no word yet on what will happen to the Paterno statue that was ripped from it's place outside Beaver Stadium, but getting JoePa's wins back and proving the NCAA wrong is still a sweet victory.

Not only that, but they also had a celebrity drop by the Bryce Jordan Center to cheer on their basketball team: 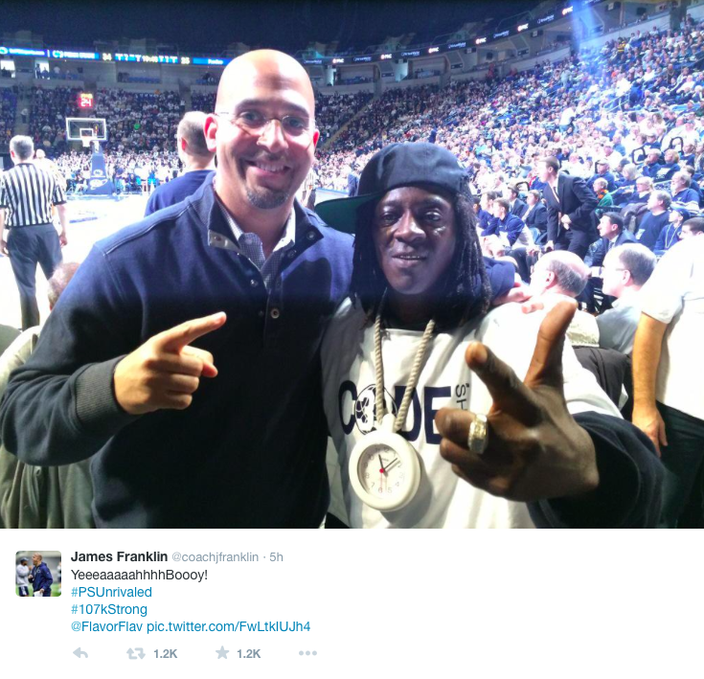 Pete Carroll and the Seahawks will get to defend their Super Bowl title against the Patriots on February 1 after a miraculous come-from-behind win over the Packers on Sunday. And while the AFC champions are currently being investigated for deflating game balls, there's no questioning Carroll's after he decided to call this fake field goal with his team trailing 16-0 late in the third quarter:

The Washington Nationals may be the big winner here, but we'll give Scherzer the headline after the 30-year-old Cy Younger winner inked a seven-year, $210 million deal to pitch in our nation's capital.

Now the Nationals, already the best team in the National League East, should be among the favorites to win the World Series with this pitching staff:

If the Nats keep Zimmermann, the Stras-Zim-Scherzer-Fister-Gio rotation had a combined 2.99 ERA last year. Woof.

Clearly, the big losers here are the other four teams in the NL East.

Tom Brady and the Pats put a hurtin' on Andrew Luck and the Colts, beating them 45-7 in a rain-soaked AFC Championship.

Nothing to see here, right?

The Patriots have been accused of intentionally deflating their own game balls to make it easier for their players to grip. The league is reportedly looking in to this, and could punish the Pats by taking away some draft picks.

While this won't change the result of the game, it does give the anti-Belichick faction all the more reason to refer to him as "Belicheat." The Patriots, who haven't won a Super Bowl since they were caught taping opponents signals from the sideline, have a tough task ahead in the Seahawks. And even if they win, it will be another title marred with controversy.

They scored 79 points in a half. And they also improved to .500 on the season.

Who cares about the record. They scored 79 points in 24 minutes! And they were up to 62 points midway through the second quarter.

If you're asking who this is, then you've figured out why the 49ers new coach checks in at No. 8 this week. Congrats.

No wonder John Calipari wasn't tempted by the prospect of coaching LeBron James in Cleveland.

Last week, it was reported that the University of Kentucky spent close to $800,000 for a tournament in the Bahamas. That included airfare, lodging, and whole lot more.

That seems to be the NFL's process when it comes to hiring coaches (with a few exceptions). John Fox, who agreed to "mutually part ways" with the Broncos last week, spent all of four days without a job. On Friday, Fox was hired as the new coach of the Chicago Bears.

If I did a "Bottom 10" to go with these rankings, this Rangers fan would certainly make the cut: 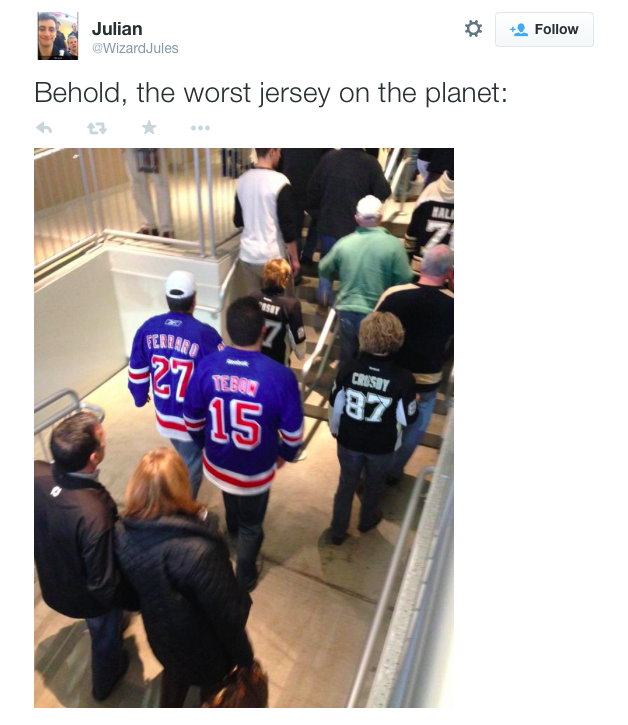