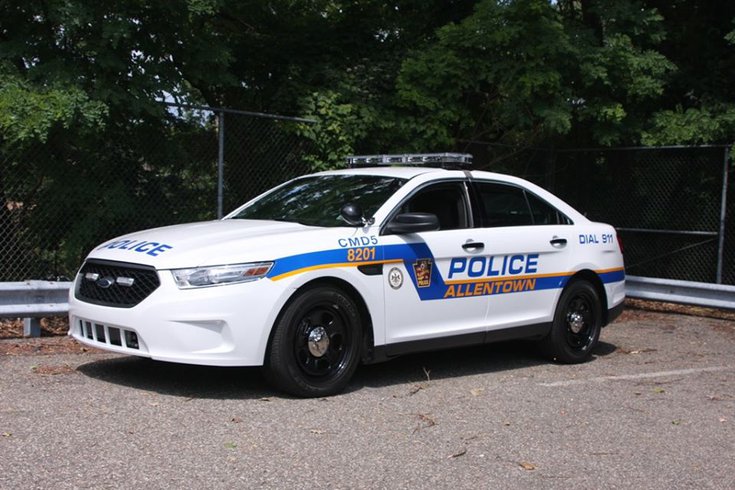 Video from an incident outside St. Luke's Hospital in Allentown shows a city police officer placing his knee on the head of a man during an arrest. The city's use of force policy prohibits this restraint unless an imminent danger to life exists.

Video of an Allentown police officer placing his knee on a man's head during an arrest Saturday night has prompted outrage in the Lehigh Valley because the tactic appears similar to the one that led to George Floyd's death in Minneapolis.

The incident took place around 6:42 p.m. outside St. Luke's Hospital, where police had been present for an unrelated matter.

The 26-second clips shows one police officer placing his knee on the man's head during an arrest while two other officers appear to be kneeling on the man's legs.

The video, posted to Twitter by the account Black Lives Matter to Lehigh Valley, can be seen below. The video contains graphic images.

BREAKING:@AllentownPolice were filmed Saturday evening applying the same force to a resident that the cops used to murder #GeorgeFloyd.
This happened here in #Allentown outside a hospital.
We demand answers. We demand change.
We're Done Dying.#DefundThePolice pic.twitter.com/AbuyvkMNdT

Allentown police said Saturday that the video lacks context surrounding the arrest of the unidentified man, who was described as "noncompliant."

According to authorities, the suspect was observed vomiting and staggering outside of the hospital's emergency room entrance, The Morning Call reported.

"The observed erratic behavior resulted in the officers and hospital staff interacting with the individual," Police Chief Glenn Granitz said in a statement.

The man allegedly began to yell, spit and scream at police and hospital staff, resulting in the attempt to arrest him. Hospital workers applied a spit shield to the man to prevent him from targeting anyone, police said.

The Allentown Police Department recently updated its use of force policy with a prohibition on neck restraints or similar weaponless control techniques, such as chokeholds.

"Preventing imminent death or serious bodily injury to a member or citizen is the only possible exception to the prohibition," the policy states.

The police department and the Lehigh County District Attorney's office each have opened investigations into the incident, officials said. Additional videos are expected to be made public as part of the review.

A protest against excessive force took place in Allentown on Saturday afternoon. Another is scheduled to take place at 5 p.m. Monday. Demonstrators are expected to march to City Hall with a list of demands.

Protests against police brutality and racism spread across the United States in late May and June after Floyd, an unarmed black man, was killed by police in Minneapolis on May 25. Video of that incident showed former Minneapolis police officer Derek Chauvin pressing his knee on Floyd's neck for nearly nine minutes, leading to his eventual death.

Chauvin and three other former officers all have been charged in the incident.

Benjamin Crump, the attorney representing Floyd's family, condemned the actions of the officer in Allentown and demanded the release of his name.

GRAPHIC VIDEO: @AllentownPolice held down this man’s face to the pavement and then one of its officers placed their knee on his neck!! This happened yesterday and is exactly what led to #GeorgeFloyd’s death. We need this officer’s name and badge # NOW. #ICantBreathe pic.twitter.com/3qSlKGSgF4