Genetic testing: Should I get tested for Alzheimer's risk? 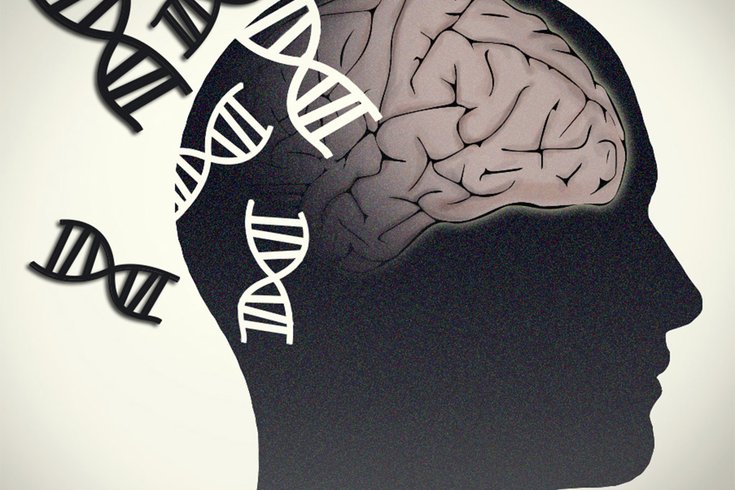 Thanks to advances in genetic testing, there is now a way for consumers to test for the greatest genetic risk factor for late-onset Alzheimer’s disease.

Alzheimer’s disease is a progressive and fatal neurodegenerative disorder that primarily affects older adults. It is the most common cause of dementia. It is the third leading cause of death, behind heart disease and cancer. An estimated 700,000 Americans 65 and older will have Alzheimer’s when they die. In a recent study asking Americans age 50 or older the condition they were most afraid of, the number one fear was Alzheimer’s, with 39 percent; followed by cancer, at 30 percent.

As a scientist who has been involved in Alzheimer’s research for the past 18 years, I think genetic testing represents a significant advance in being able to assess one’s risk for this disease. But people should be aware that there are several things to consider before testing for this treacherous disease at home.

WHY IS ApoE IMPORTANT FOR ALZHEIMER'S RISK?

The vast majority of Alzheimer’s cases have late onset, or after age 65, and advancing age is the greatest risk factor. Alzheimer’s affects one in 10 people over the age of 65, and almost two-thirds of Americans with Alzheimer’s are women.

In addition to advancing age, there are known genetic risk factors associated with Alzheimer’s, with a gene called ApoE4 being the most important of all of them. The ApoE gene provides instructions for making a protein called apolipoprotein E. This protein combines with fats, or lipids, in the brain to form molecules called lipoproteins. Lipoproteins are responsible for packaging cholesterol and other fats and ferrying them around in the brain. Scientists have long known that ApoE4 is related to a buildup of amyloid in the brain, one of the hallmarks of Alzheimer’s. But a recent study suggested that ApoE4 also contributes to the buildup of tau, a second protein that has long been implicated in the development of Alzheimer’s. Thus, the question of ApoE4 testing becomes even more urgent for many.

The ApoE gene has three different alleles, or variations of a gene that can occur by mutation: ApoE2, ApoE3 and ApoE4. These alleles occur at the same location as the gene.

Everyone has two copies of this gene, and the combination of alleles determines your ApoE “genotype” – E2/E2, E2/E3, E2/E4, E3/E3, E3/E4 or E4/E4. The E2 allele is the rarest form of ApoE, but it’s a good one to have. Carrying even one copy appears to reduce the risk of developing Alzheimer’s by up to 40 percent.

The ApoE3 is the most common allele and doesn’t seem to influence risk. The ApoE4 allele is less common than E3, present in about 10 to 15 percent of people, but it confers a significant risk for AD. Having one copy of E4 (E3/E4) can double or triple your risk, while two copies of (E4/E4) can increase the risk by 10-15 times. It is noteworthy that 65-80 percent of all Alzheimer’s patients have at least one APOE4 allele.

This allele also lowers the age of onset.

Risk of susceptibility, based on alleles.

Testing has become incredibly easy and fast through 23andMe, the personal genetics company that won approval from the FDA in April 2017 to market genetic testing directly to consumers. In its late-onset Alzheimer’s report, 23andMe provides people with their ApoE gene status, following the mailing of a saliva sample to the company.

But a much more difficult question is: Should I be tested? There are important implications of learning one’s ApoE4 genetic status, and consumers should consider these before they decide to be tested. Indeed, most professional medical organizations, including the National Institutes of Health, recommend genetic testing of ApoE4 status only for people volunteering for clinical trials.

Pros of testing may include:

• It is currently known from prevention research that people with the APOE4 gene can take a number of lifestyle steps to mitigate their risk.

• Being able to participate in clinical trials.

• POE4 also has some predictive value for cardiovascular risk.

Cons of testing may include:

• Financial implications in terms of insurance or long-term care options.

THE EFFECT OF KNOWING YOUR STATUS

One of the major drawbacks to being tested for the ApoE4 gene is that the test is considered what is called a susceptibility test because it has limited predictive value. Having the E4 allele does not mean that a person will be diagnosed with Alzheimer’s. Many E4 carriers may live long lives without ever developing the disease, and many noncarriers still have risk for Alzheimer’s. This is critically important to understand before having genetic testing for ApoE4.

Several studies have now examined the impact of ApoE4 testing on individuals. The NIH REVEAL-SCAN project examined the effect of learning ApoE4 status in those who were not showing any symptoms of dementia but had first-degree relatives affected by Alzheimer’s. The data indicated that knowing one’s ApoE status caused only mild and brief psychological problems in those found to have inherited E4 alleles.

In a more recent study, adverse psychological reactions were reported by a fraction of the participants, including those who had specifically sought testing. However, nearly all of those interviewed said that they had benefited in the long term from lifestyle changes they subsequently made.

CONSIDERATION OF OTHER RISK FACTORS

Harboring the ApoE4 allele is the most important genetic risk factor for late-onset Alzheimer’s, and knowing one’s E4 allele status certainly could be transforming, particularly in terms of preventative, beneficial lifestyle changes individuals may undergo.

However, there are important considerations to take into account before testing to help mitigate stress and anxiety associated with a positive E4 test. Other experts and I suggest that people start by becoming well-informed about the basics of ApoE4. If testing is carried out and a higher risk is revealed, it is critically important those individuals obtain genetic counseling and be actively assisted about how to proceed.

Whether you carry the ApoE4 gene or not, many other risk factors are thought to contribute to Alzheimer’s, not just genes and old age. What you eat, how much you exercise, formal education, smoking, how mentally active you remain and other factors have all been implicated.

Ultimately, the choice of whether to get a genetic test remains a personal one – all the more reason it’s important to be informed about the pros and cons of Alzheimer’s screening and what doctors know about your risk for the disease and whether viable treatment options are available.