Americans are stressed about inflation and the Russian invasion of Ukraine, survey finds 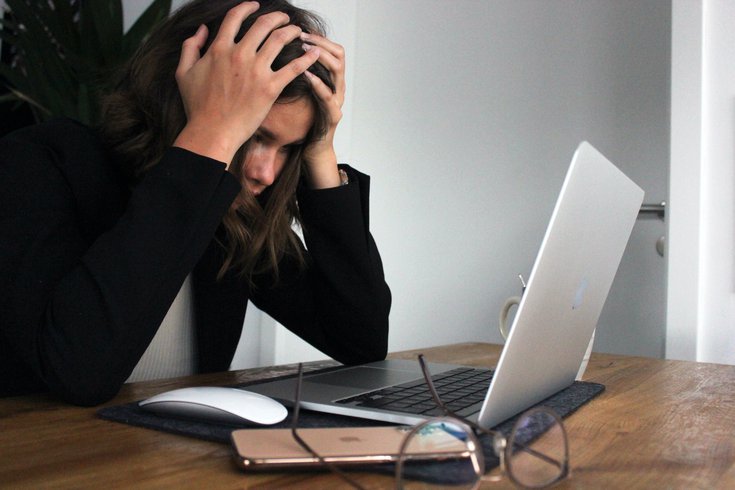 American adults are increasingly stressed about the Russian invasion of Ukraine and rising costs due to inflation, according to the latest installment of the American Psychological Associations 'Stress in America' survey.

Rising costs due to inflation and the global uncertainty caused by Russia's invasion of Ukraine are significant sources of stress for many Americans, according to a survey from the American Psychological Association.

The survey was conducted in partnership with the Harris Poll, in an effort to gain a better understanding of how people in the U.S. were dealing with stress over the past two years. The original survey took place from Feb. 7-14, but following the Russian invasion of Ukraine on Feb. 24, the APA conducted a second poll from March 1-3.

There were a combined 5,063 participants involved in both surveys who were over the age of 18 and currently lived in the United States. Respondents answered questions online through The Harris Poll.

Of the respondents, 87% said that the rise of prices due to inflation was a primary cause of stress. Other stressors that ranked high on the list included global uncertainty at 81% and the Russian invasion of Ukraine at 80%.

Supply chain issues — which remain amid the ongoing COVID-19 pandemic due to staff shortages in port cities around the country — are a main source of stress for 81% of Americans. Potential retaliation from Russia, whether in the form of cyberattacks or the threat of nuclear war, was a primary stressor for 80% of participants.

"Typically, our highest level of stress have been in the mid 60s, so hitting, for example, 87(%) for inflation as a source of stress is truly astounding," Vaile Wright, a psychologist and the senior director of health care innovation at the APA, told NPR.

The survey results show that adults in the United States appear to be emotionally overwhelmed and are showing increased signs of fatigue, the APA said.

87% of respondents said that it feels as though there has been a "constant stream" of crises without a break over the last two years, with 73% reporting that they are overwhelmed with the amount of crises happening in the world right now. The Russian invasion of Ukraine was reported as "terrifying to watch" by 84% of participants, with 69% saying they are worried the invasion is going to lead to nuclear war.

An additional 69% reported that they fear we are in the beginning stages of World War III, a sentiment that has been shared — both for laughs and as a deeply-held concern — on social media in the weeks since the initial invasion at the end of February.

The most commonly reported source of stress in the survey was the rising costs of everyday goods due to inflation. The Russian invasion of Ukraine and the unpredictability of its impact on already strained financial resources throughout the United States has exacerbated the issue, according to the survey.

The APA notes that following the invasion of Ukraine, world stock markets tumbled and economists are now bracing for a future surge in prices for wheat, corn, energy, steel, and iron due to the United States divesting from Russia.

Gas prices are arguably the most talked about price surge and were already seeing an increase due to inflation before the Russian invasion, but have now reached all-time highs in parts of the country.

The latest survey results showed the highest frequency in stress over finances and money since 2015, with a difference of 4% over time. Those between the ages of 18 and 43 were more likely to list money and inflation costs as a point of stress than those older than them.

As the second anniversary of the COVID-19 pandemic gets closer, nearly two-thirds of American adults say that their lives have been forever changed. From long-term lockdowns to widespread unemployment and supply chain issues, Americans are facing the compounding impacts of public health and humanitarian crises.

There have been 964,774 deaths in the United States due to COVID-19, according to the Centers for Disease Control and Prevention. Though death rates have decreased since the start of the pandemic, in part due to masking, the accessibility of vaccines, and quarantine requirements, there were 1,487 new deaths reported on Sunday, March 13.

Lindsey McKernan, an associate professor of psychiatry and behavior sciences at Vanderbilt University, told NBC News that Americans were "already in an overwhelmed and depleted place" due to the COVID-19 pandemic and other ongoing stressors. The invasion of Ukraine was "a new threat to our safety," she said.

The APA notes that stress impacts all systems within the body. While the human body is well-equipped to handle stress in small doses, when it becomes chronic it can have lasting health impacts.

"We know stress can lead to physical consequences, such as obesity, cardiovascular disease, hypertension," Wright told NPR. "Emotionally, it can lead to things like depression, anxiety disorders, difficulty sleeping, which we've seen in the survey as well."

Doomscrolling — a term coined by journalist Karen K. Ho during the early months of the COVID-19 pandemic – has an overall negative effect on stress and other symptoms that can erode mental health. The process of scrolling through social media and being bombarded with bad news, particularly during stressful news cycles, can impact sleep patterns and influence chronic stress.

Working with a psychologist to establish and develop relaxation techniques can improve the body's response to chronic stress and improve health outcomes as a result. These include help with sleep, regular exercise or movement, and maintaining a healthy support network to work out the symptoms of stress.