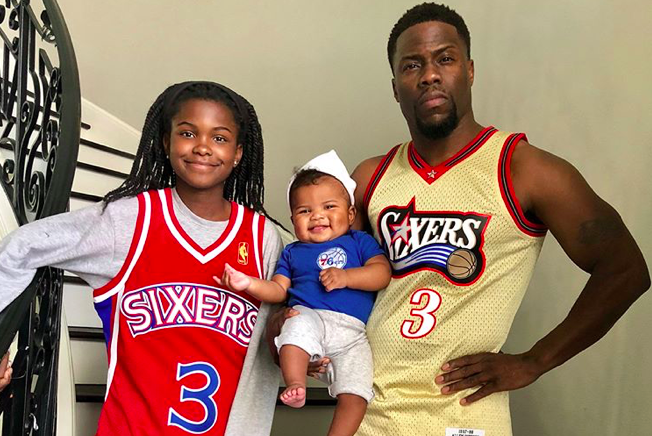 The tables have turned in the Sixers' first-round NBA playoff matchup with the Miami Heat, who edged out Philadelphia on Monday night in Game Two at the Wells Fargo Center.

With Joel Embiid back in the lineup, the Sixers punched back at Miami, taking a 2-1 series lead with a 128-108 victory over the Heat at American Airlines Arena.

Hart, a North Philly native, didn't like that. He promised to be in Miami on Thursday night and sent Wade a video message on Twitter. Wade responded by telling Hart he can't come to Miami.

As a matter of fact, Hart couldn't make it to Miami on Friday night, but he still found a way to be there, sort of.

That was flying around American Airlines Arena as the Sixers battled with the Heat. Wade, who had a down night, probably wishes Hart had been there.

There's been no response from Mr. Wade. Hart just kept on going, anyway.