By Meeri Kim
PhillyVoice Contributor
The Science of Everything Movies 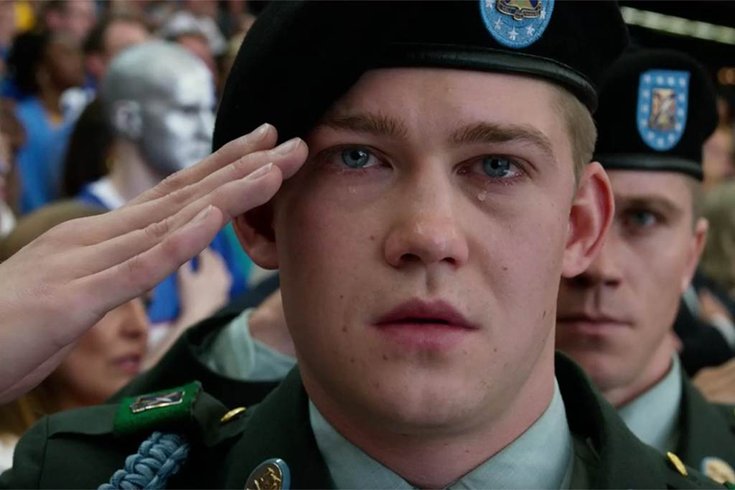 The November release of "Billy Lynn's Long Halftime Walk" by Academy Award-winning director Ang Lee will mark a technological milestone in film. It will be the first major feature screened at the extremely high frame rate of 120 frames per second, instead of the standard 24 fps.

Film, perhaps more so than any other art form, has continuously evolved as a medium in step with the development of technology.

The history of cinema stretches back over 120 years, beginning with silent, static shots of bustling city streets and trains cruising by in black-and-white film. The invention of digital recording using a microphone to convert sound waves into electrical energy led to the first “talking pictures” in the 1920s. Other advances over the years include color, widescreen format, stereo sound, and vast improvements in image resolution.

Instead of upping the amount of detail contained in each still image, or frame, Lee is pushing the envelope by presenting more images in succession faster than ever before. As a result, "Billy Lynn" will be the first major feature screened at the extremely high frame rate of 120 frames per second — a great deal faster than film's traditional 24 frames per second. Lee calls the format of his film “The Whole Shebang,” referring to the unprecedented combination of 3D, 120 frames per second, and crystal-clear 4K image resolution.

So what does The Whole Shebang mean for audiences? Early reviews from the New York Film Festival use words like “hyper-real,” “extra vivid,” and “physically immersive.” But some in the industry question whether such a high frame rate is necessary or even wanted by filmgoers. More frames means a higher degree of realism, and perhaps anything more than 24 frames per second will snap audiences out of the dreamy movie landscape.

I consulted John Berton of Drexel University's Extremely High Frame Rate (XHFR) Lab to find out more about this new advance in filmmaking. Berton had a 12-year-long career at Industrial Light & Magic, the visual effects company created by George Lucas during the production of "Star Wars," where his projects included "Terminator 2: Judgment Day," "The Mummy," and "Men in Black II." 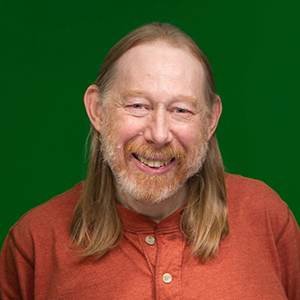 “The idea of using leading-edge technology to tell stories is what my career has been all about, and that's why I'm fascinated by this idea of high frame rates,” said Berton, an assistant professor of animation & visual effects at Drexel. “It hasn't been explored much in the past, while everything else — most famously, resolution of digital images — has gotten a lot of attention in terms of the technology.”

Image resolution refers to the number of pixels in each dimension of a frame, depicted as (pixel width) x (pixel height), and influences picture quality. For instance, a film shot in 4K resolution (4096 × 2160) will appear sharper and more detailed than a version in 2K (2048 x 1080).

While digital image resolution continues to improve, the frame rate of movies has remained stagnant at 24 frames per second — a standard linked to sound capture back in 1929. When transitioning to “talking pictures” from the silent era, the industry as a whole decided on 24 frames per second because it was the slowest that could still maintain audio fidelity, which was recorded alongside images on the film strip.

Berton warns that higher frame rates can render a level of clarity and detail in film that may be initially off-putting, since it will look quite different from your typical 24-frames-per-second movie.

“It's going to create an impression of sharpness, and part of that is because of the motion blur that is built into the image will be reduced drastically — that's one factor,” Berton said. “The second, more important factor is that you'll be seeing more images per second, which is going to move you to a higher degree of reality since our visual system is largely continuous.” 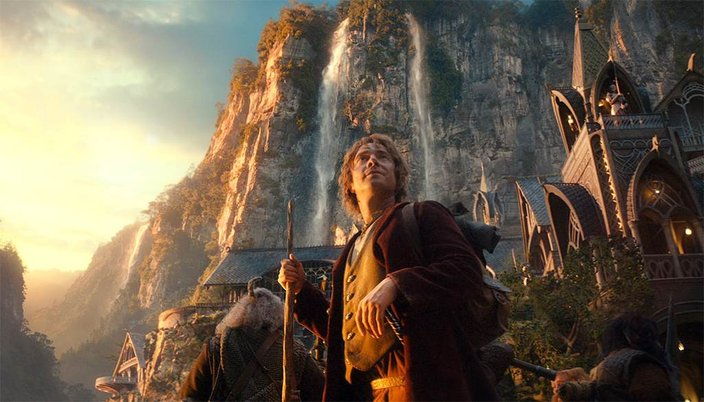 A scene from “The Hobbit: An Unexpected Journey,” which was filmed by director Peter Jackson at 48 frames per second, twice the industry standard.

To learn more about this second factor, I spoke with Christopher Pack at McGill University in Montreal, who studies how neurons in the cerebral cortex communicate information about the visual world. He agrees that reality has no frame rate, so extremely high frame rates more closely mimics real life. Also, frame rate matters most when it comes to fast-moving objects.

Take the example of a motorcycle zooming from left to right onscreen. If shot with too low of a frame rate, say 10 frames per second, the movement will look jerky because the increment the motorcycle appears to “jump” between each subsequent frame is large enough for our brain to notice.

“Movies have been one way for a very long time, and when the lights go out in the theater, you have a set expectation for a certain thing.”– Christopher Pack, McGill University researcher

“Because the brain is very sensitive to the size of that increment, this means that the smaller you can make that increment, the more it looks like smooth motion,” said Pack, an assistant professor of neurology & neurosurgery at McGill. “What a high frame rate really buys you is that increment becomes really small.”

Unfortunately, this type of hyper-reality in movies has a checkered past. A few years ago, Peter Jackson filmed "The Hobbit" at 48 frames per second, which caused an uproar among fans who likened it to viewing a cheap soap opera. The fantasy epic revealed too much detail to the audience (e.g. painted sets, prosthetic noses, etc.) and lost some of its movie magic. Douglas Trumbull, one of the visual effects supervisors on "2001: A Space Odyssey," has been working on high frame rate films for decades. He developed his own 60-frames-per-second system in the late '70s called Showscan, but it failed to go mainstream.

Pack remembers seeing "The Hobbit" and feeling a distinct sense of unease, which many chalk up to a psychological effect of high frame rates being too new and different. After all, we have been exposed to films at 24 frames per second for a lifetime.

“Movies have been one way for a very long time, and when the lights go out in the theater, you have a set expectation for a certain thing,” said Pack.

But Berton and other believers in high frame rates want to keep pushing the technological boundaries of filmmaking in the hopes that audiences will eventually get used to them — and not want to go back. In his XHFR Lab, he collaborates with cognitive psychologists to investigate how high frame rates affect our perception of animated movies.

“Like every other new technology, there's a certain amount of accommodation that has to happen,” he said. “But I have faith that our brains and optical systems are extremely adaptable.”