Gays welcome to attend World Meeting, but not protest 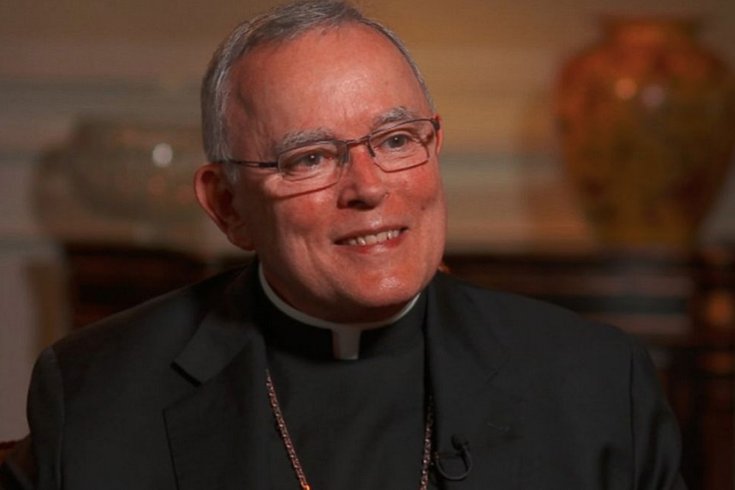 Homosexuals can attend a Catholic family congress in Philadelphia during Pope Francis' U.S. visit this year but won't be allowed to use it to attack Church teachings, the city's archbishop said on Thursday.

"We don't want to provide a platform at the meeting for people to lobby for positions contrary to the life of our Church," said Archbishop Charles Chaput. The Catholic Church teaches homosexuality is not sinful but homosexual acts are.

"We are not providing that kind of lobbying opportunity," he told a news conference presenting the September 22-27 congress known as the World Meeting of Families.

Gay Catholic groups and families headed by gay Catholics had asked for an official presence at the gathering to present their view that homosexuals should be fully welcomed in the Church.

The pope will attend the last two days of the Philadelphia meeting at the end of a trip that will take him to Cuba as well as New York and Washington.

About 15,000 people from around the world are expected to attend the family congress to hear lectures and take part in workshops on family issues before the pope arrives to close the gathering.

"We hope that everyone feels welcome and certainly people who have experienced same-sex attraction are welcome like everyone else," Chaput said.

Marianne Duddy-Burke, the executive director of Dignity USA, a pro-LGBT Catholic group, is planning a visit to Philadelphia with 14 LBGT families to share their stories during the World Meeting of Families.

"We bring a lot of experience, prayer and reflection on our lives that has led us to see that the church teaching on homosexuality, on gender identity issues, on same-sex relationships, are wholly inadequate and in fact damaging psychologically, even physically," said Duddy-Burke after seeing the archbishop's statement.

She said the plan for the families to travel to Philadelphia for the World Meeting of Families is "in full force" and that they were a day or two away from finalizing a letter to Pope Francis asking for an audience with him to share their stories.

Will their plans to share their stories be allowed? "I guess I would question, 'what do you mean by lobby,'" she said. "If being there to share our stories, to share our faith, is considered lobbying then I guess we are at an impasse."

Bishop John McIntyre, also of Philadelphia, said the only event dedicated to gay issues at the congress will be one by Ron Belgau, a celibate gay Catholic and founder of the Spiritual Friendship Initiative.

McIntyre said Belgau "will talk about his own coming to terms with his sexual orientation and the manner in which he embraced the teachings of the Church" and his mother will also speak.

The program for an event Belgau addressed last year at the University of Notre Dame said he spoke of "a faithful and orthodox response to the challenge of homosexuality".

Catholic gay couples have contested the Church's ban on homosexual activity, saying it deprives them of the intimacy that is part of a loving relationship.

It will be the eighth World Meeting of Families since the event was started by the late Pope John Paul in 1994 to promote traditional family values. It is held every three years in a different city.

Organizers said they expect up to two million people to attend the final event, a Mass by the pope on Benjamin Franklin Parkway, a boulevard that runs through they city.