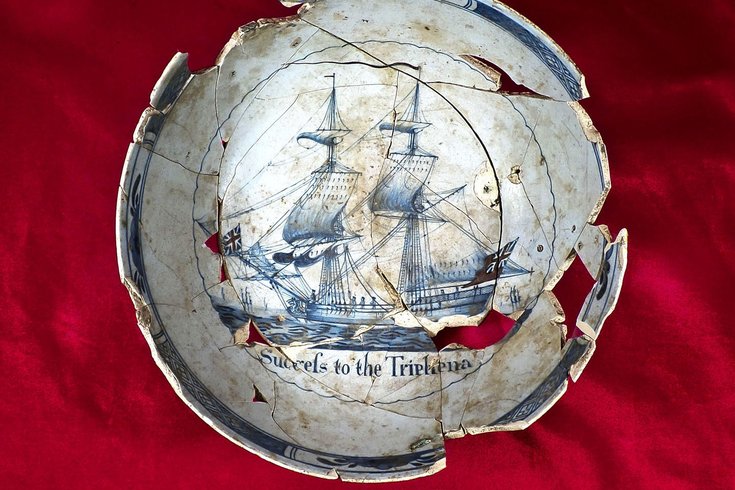 A punchbowl made out of tin-glazed earthenware has the message "Success to the Tryphena" inscribed on its inside.

For decades, tourists flocked to the former visitors center at Independence National Historic Park without knowing that centuries of Philadelphia history lie beneath them.

Archeologists uncovered some 82,000 artifact pieces spanning three centuries near Third and Chestnut streets when the visitors center was demolished to construct the new Museum of the American Revolution. Together, they tell the story of a developing city – a rarity when excavating urban sites.

"Cities change; cities are so dynamic," lead archaeologist Rebecca Yamin said. "On this site we have captured that change. You don't usually capture that change. You usually have a few features that date to one period or you can talk about a neighborhood in some period of time. To have this change – and change of function – is really quite dramatic." 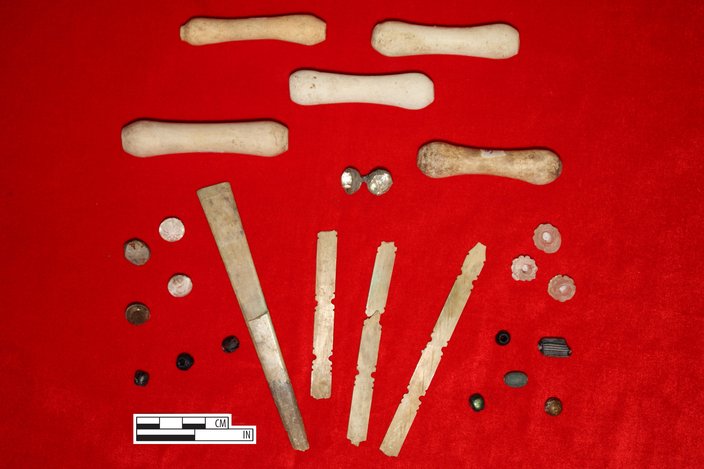 Archaeologists from the Commonwealth Heritage Group spent four months in 2014 scouring the site for any historical artifact they could find. They found plenty, returning briefly in April 2015 and again earlier this month.

In this case, Yamin said, archaeologists found remnants from two 18th Century taverns, 19th Century print shops and a 20th Century button factory. Many of the artifacts will be housed at the museum, set to open next spring.

The vessel set sail for Liverpool, England, in 1765 carrying a message from Philadelphia merchants that urged their counterparts in Great Britain to abolish the Stamp Act. The Stamp Act, of course, was among a series of British taxes that sparked the American Revolution.

The punchbowl likely was used at an illegal tavern run by Benjamin and Mary Humphries on a small street known as Carter's Alley, Yamin said. Additionally, records indicate the Humphries moved into the area just days before the Declaration of Independence was signed several blocks away. 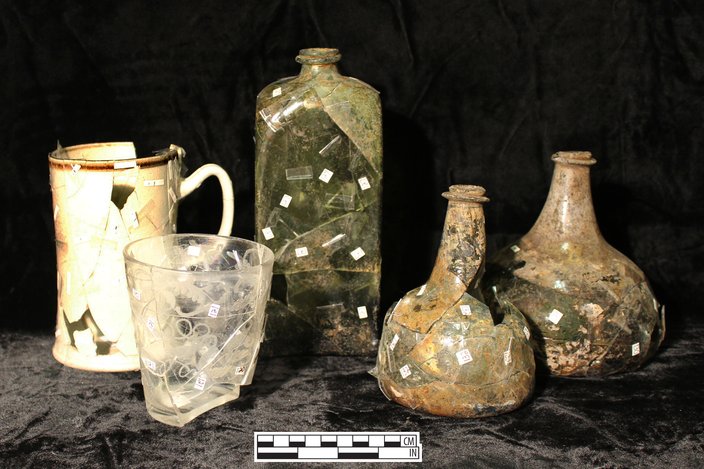 Archeologists found tankards and wine bottles in a privy associated with an 18th Century house on Carter's Alley.

"These are real people who were living right there on this site where a museum will stand dedicated to the American Revolution," Yamin said. "It just gives you a sense of the reality of the past. I always struggle with really believing and really being able to imagine life long ago. We construct it out of all this broken stuff.

Among the other artifacts uncovered: wig curlers, marbles, lead weights and window glass with people's names scratched into it.

Archaeologists also found print types from print shops that sat along Carter's Alley during the late 18th Century and early 19th Century, including some from The Philadelphia Inquirer. They discovered shell fragments from George Lippincott's button factory, active from 1913 through World War II.

"It's always surprising when you start to do the research," Yamin said. "When we got little pieces of printers type, we certainly didn't think we'd have printers type from the Inquirer. ... That was such an exciting find." 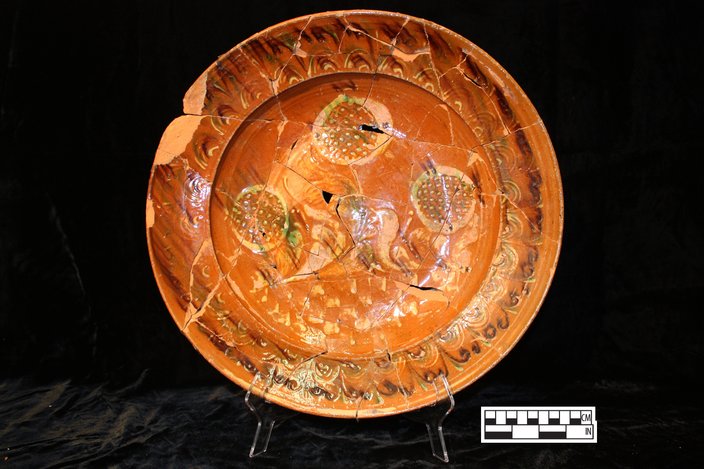 This red earthenware charger with pomegranate was found in a privy at the site of the new Museum of American Revolution.

They also unearthed the granite foundation of the Dr. David Jayne's eight-story patent medicine business, demolished when the visitor's center was built in the 1970s. Some of the granite stones are now being used as seats in a West Philadelphia park, Yamin said.