Lisa Bien's 'Bouncing Back' zeroes in on sexual assault, eating disorders, suicide and other situations that young adults endure 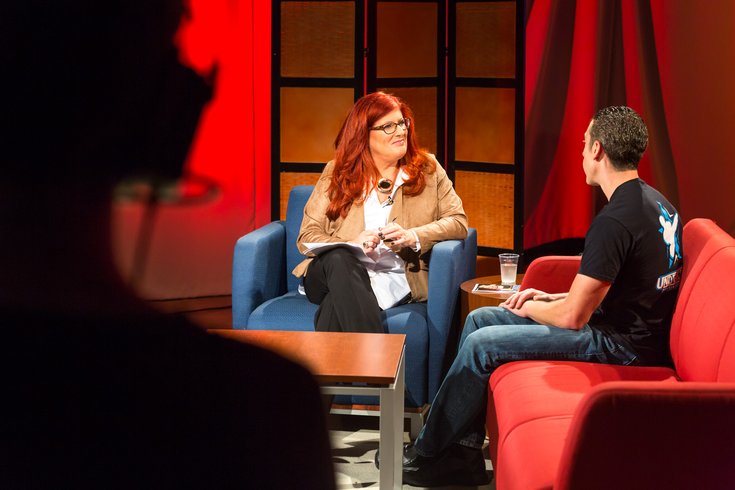 Temple University Television host Lisa Bien, left, speaks with guest Mark Moore about bullying during a taping of the show "Bouncing Back," on Monday, Oct. 9, 2017, at Temple University. Moore, who was bullied in school as a child, now operates a martial arts and character education studio in Sewell, Gloucester County. The show will air later this month.

Inside the TV studios at Temple University’s Annenberg Hall, three cameras zoomed in and out on talk show host Lisa Bien during a taping of “Bouncing Back.”

With her thick red hair skimming her shoulders, Bien listened attentively to Mark Moore, who described himself as a “skinny, pimply, slow-learning kid,” whose self-esteem all but disappeared after years of being bullied in grade school.

During the show to be broadcast later this month, he recalled how he hardened his body and healed his mind after discovering martial arts in his teens. He now mentors kids at his studio, Underground Martial Arts and Fitness Center, in his hometown of Sewell, Gloucester County.

“It might have ended differently for me,” said Moore, now 37, referring to family history that includes drug abuse, depression and suicide.

Bien nodded. “Good for you, Mark!” she said, raising her arms. “I really believe that we might not be able to do everything we want, but we are all born with a certain level of awesomeness.”

Like other college professors across the country, Bien, who teaches public relations at Temple, has met her share of troubled students. Four years ago, she envisioned some vehicle – a class or seminar – that she could initiate to counsel kids who feel like giving up when the going gets tough.

“Today’s kids have so much pressure on them. A lot of them don’t know what they what to do (in their careers). And many are strapped financially. They need more from us than just academics,” said Bien, a Mount Laurel resident and the mother of two sons, ages 23 and 14.

Lisa Bien is not a household name, but colleagues and students alike at Temple extol her unflagging spirit and steadfast determination.

When Bien mentioned her idea to Betsy Tutelman, senior vice provost for strategic communications, Tutelman surprised Bien and suggested she think about doing a TV talk show, a dream job that Bien had always aspired to do. 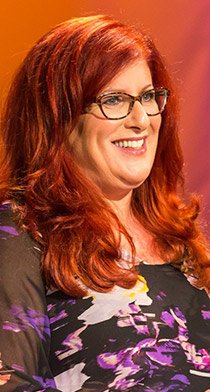 Lisa Bien is the host of “Bouncing Back” on Temple TV. “Today’s kids have so much pressure on them,“ she says.

“The kids have a sounding board with Lisa. She’s very open about her past struggles. She’s very real,” Tutelman said.

Erica DeAngelo, 20 of Sewell, says Bien is not only hands-on with her teaching, but really wants students to succeed. “She’s compassionate with us,” said DeAngelo, on a recent morning in Temple’s TV studio.

DeAngelo will be seen on an upcoming “Bouncing Back” episode, recounting her abusive relationship with a guy who texted her constantly, chose which clothes she’d wear, and bought her a scale on a Valentine’s Day so she’d lose weight.

Bien, a Temple alum, was raised with two older brothers in Northeast Philadelphia by her mother and father. Though, she calls herself a “tried-and-true Philly girl,” growing up, she felt out-of-place: "I was the very tall Jewish girl in a predominantly Catholic neighborhood."

At Temple, she studied public relations and found it to be a perfect match for her extroverted nature, and has had jobs in the private and corporate sectors. She’s currently the vice president of communications for Acuity Healthcare in Willingboro, Burlington County.

But she says she always knew she’d land back at Temple doing something with the kids. 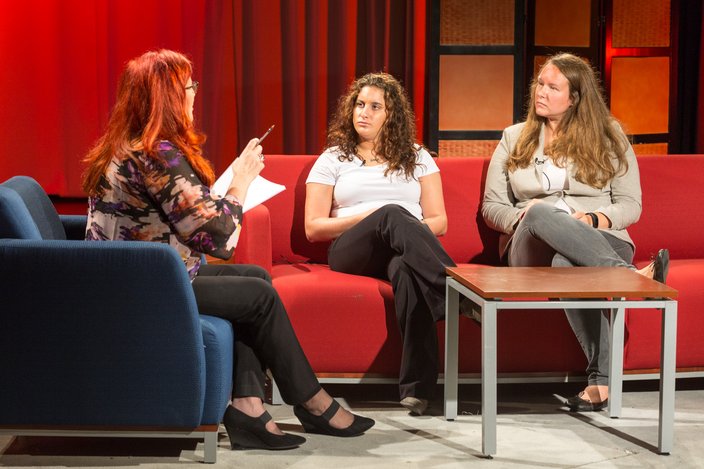 Sharla Feldscher, of Feldscher Horwitz Public Relations, worked with Bien when they launched “Good Day Philadelphia” and remembers how she loved being a mentor during informational seminars for college students.

"She evolved right under my eyes," she said.

Paul Gluck, general manager of TUTV (Temple University Television), and a newsroom veteran, says he doesn’t know of another show among the region's colleges like Bien's. Though, it’s too pricey to track viewership or ratings, he said the show has made an impact and has developed a following.

“Students stop by all the time and say how much they enjoyed a particular segment,” said Gluck, whose broadcasting class produces, directs and edits the show. It can be seen in Philadelphia on Comcast 50 and Verizon 45. Past shows are archived on TempleTV.net.

The more we share our personal stories of struggling through dark times and finding the light, Bien says, the more we inspire others.

“If just one person watching is helped,” Bien said, “then I’m happy.”